On Wednesday, MSC Cruises signed a letter of intent for up to four new megaships that will be known as the “World Class” of MSC’s fleet.  They will be over 200,000 gross tons, and be based on a new, next-gen prototype.

This announcement comes as an addition to the already seven new builds in store for the cruise line.  Four of the vessels will be Meraviglia and Meraviglia-Plus class, and three will be Seaside class.  This means that MSC has 11 new cruise ships on order between 2017 and 2026, with an investment plan worth $10.2 billion.  It’s safe to say that this cruise line is doing quite well! 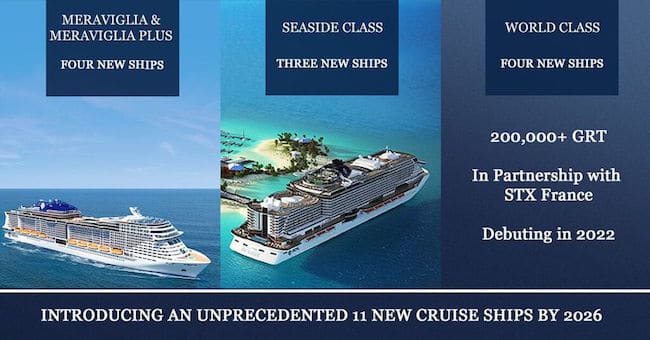 The line’s focus in innovation is being proven with the three classes of ships that the new builds will be spread across, and will complement their existing ones quite nicely.

Cruise with ‘The Walking Dead’