As heavenly as cruising can be, every now and then, you cross paths with someone who’ll do their best to harsh your seafaring mellow. Sometimes, they do it on purpose because, hey, misery loves company! And sometimes, they simply don’t realize how their behavior impacts those around them. In either case, here’s our guide to the cruisers you definitely hope to avoid when you’re on vacation!

There’s a difference between offering people helpful advice when they need it most… and butting into every conversation in order to answer questions nobody asked you. I once made the mistake of saying to a friend, “Can you imagine how much beef they go through in a day!” only to have a complete stranger appear as if summoned by an incantation to tell us not only exactly how much beef the ship served up in a day, but how many gallons of milk, loaves of bread, sprigs of parsley and grains of salt.

These people are apparently in such a hurry to burn through their casino cash that they simply have to play several machines at the same time. And while this is no big deal when the casino isn’t full, having one person working several popular machines during peak hours works something else as well: the nerves of other guests.

You can spot these folks the minute they walk into the terminal. For them, every step of the check-in process is worthy of commentary. I watched one woman bully her way into a seat by the air conditioning unit while waiting for her number to be called, and then complain that the holding area was too cold. Seriously. It’s pretty obvious the situation won’t improve once they’re on board, so spot them early, and then make sure to turn and walk in the opposite direction whenever you see them coming your way! Check out ten of the craziest complaints cruisers have made here.

One minute, you’re making pleasant small talk with a stranger while waiting for your cocktail at the bar. The next, you’ve got a best friend who’ll be glued to your side for the rest of the voyage… whether you want them to be or not. Sure, sometimes the people you meet will become lifelong friends (or even your future spouse!). But others will leave you saying of even the largest vessel, “This ship ain’t big enough for the both of us!”

The last thing anybody wants to deal with when they’re on vacation is a bad attitude. But given how many employees there are on modern ships, odds are that sooner or later, you’re going to run into someone who isn’t exactly a people person, despite their job requiring them to be exactly that! The best thing you can do? Smile and back slowly away, then find another waiter/bartender/guest services rep who will actually offer you the proverbial service with a smile! 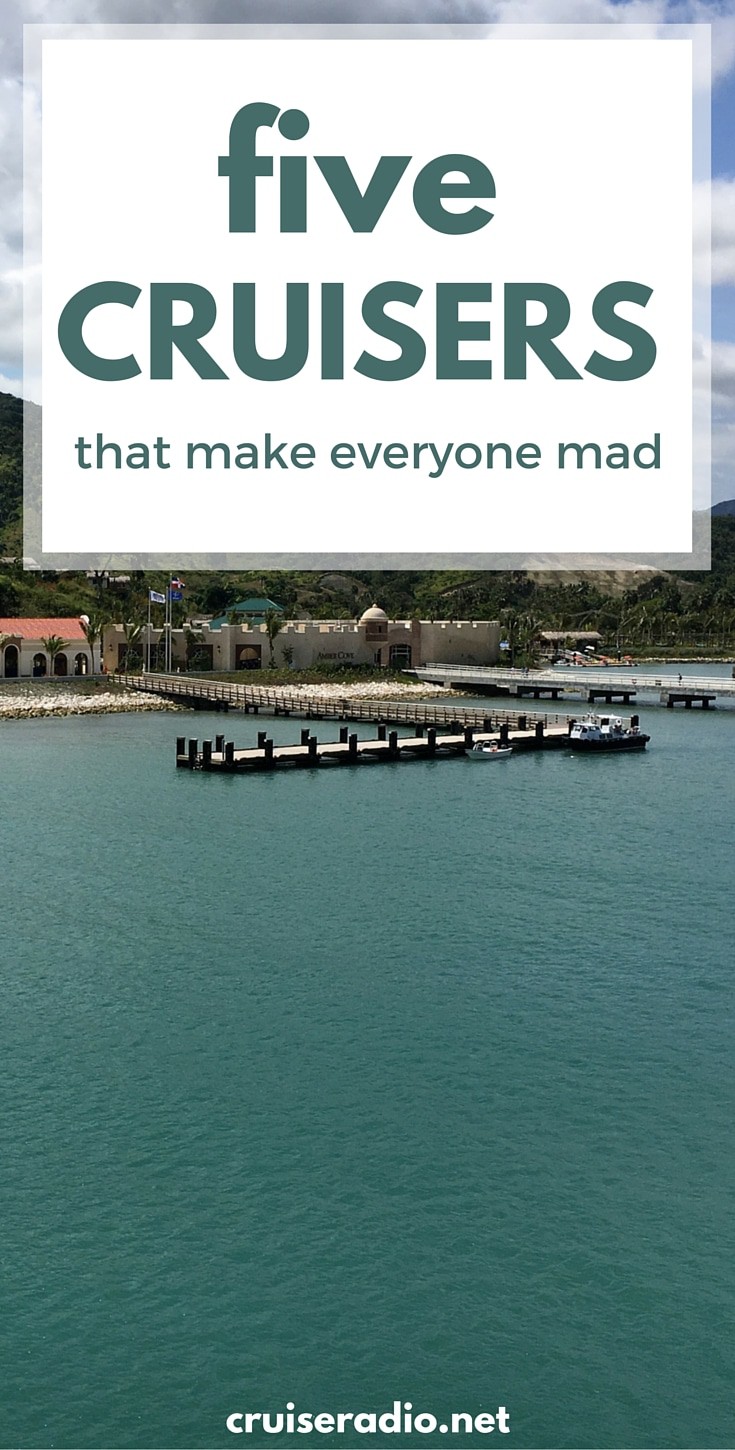 Is Cruise.Me the Future of Cruising?