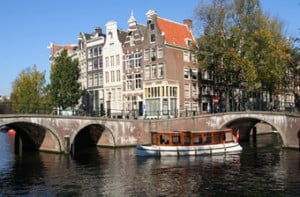 Taking a cruise in the Baltic is unlike any vacation that you’ve ever had. If you’re looking for a great cruise, consider these five things that make Baltic cruises unique. They might convince you that it’s time to take a trip to the chilly north instead of a warmer climate.

Since the Baltic region is located in Northern Europe, where it gets pretty cold during winter, most cruises operate between May and September. In addition to keeping you warm, these months also offer longer days with plenty of sunlight. That means you can explore cities like St. Petersburg, Helsinki, and Stockholm without worrying that nightfall will send you back to your cruise ship early.

The Mediterranean has a temperate climate, so the people there tend to make and sell specific types of items. You might pick up a pair of linen pants in Greece that you can wear during the summer, but what about items that you can use at home during the winter months? The Baltic offers unique buying opportunities because the craftsmen there have been making cold-weather items for centuries. Some of the items you might buy include:

Next winter, you can pull out the things you bought during your Baltic cruise to keep you warm.

Cities like East Berlin and St. Petersburg were barred to most Western travels from the early ’60s to the late ’90s. The Cold War created so much strife between communist and capitalist countries that they rarely allowed visitors to cross borders without close scrutiny. Anyone can visit these places just by taking Baltic cruises in 2015. While most of the cities have caught up with the rest of the developed world, you can still spot Soviet leftovers that remind you how different the world was for people living in Eastern Europe than those living in the West.

The State Hermitage Museum is the world’s second-largest museum. The Smithsonian remains the world’s largest with a complex that includes 19 museums. The Hermitage receives about three million visitors a year. Since its collection currently includes 2,970,214 items, though, you shouldn’t feel too crowded. Like the Smithsonian, the Hermitage includes several buildings. You might not have time to visit them all, so do a bit of research that lets you focus on the ones that interest you most. Some of the exhibition complexes include:

You probably won’t have many chances to visit the State Hermitage Museum, so take advantage of your Baltic cruise to see as much of it as you can.

See Where Much of the World’s Amber Comes From

The Baltic Sea is one of the world’s main sources of amber. While Asia had its Silk Road, the Baltic States had its Amber Road. This ancient trade route supplied Europe, the Middle East, Asia, and Northern Africa with amber used to make jewelry and other beautiful objects. When you take a Baltic cruise, you might actually see amber wash up on the beaches. Locals refer to the small globes as “seagull tears.” Amber is a fossilized tree resin that takes millions of years for nature to form. Tree resin only turns into amber under the perfect environmental conditions. That makes it a rare item with a high value. After your Baltic cruise, you’ll have a different appreciate for this charming product of nature. What other unique aspects of a Baltic cruise attract you to this travel option? Have you ever taken a cruise in this part of the world before? What would you recommend to other travelers? Leave a comment in the section below and let us know how your cruise went and what historical landmarks you were able to visit. Photo: BalticSeaCruises.com Have you subscribed to Cruise Radio yet? Subscribe to us on iTunes and Stitcher Radio Network.

7 Things to Do in Key West, Florida