Everybody has pet peeves. Heck, for some of us, they’re only pets we actually own! But what gets under your skin may be no big deal to me, which is easy to forget when someone’s partaking in a behavior that really pushes your buttons. Maybe, just maybe, by admitting we’ve all done things that our fellow cruisers would frown upon, we can be a little more forgiving the next time someone on the ship works our nerves.

So which cruise sins are we talking about? Peruse our favorites, and then let us know yours!

Next time the folks two tables over are laughing too loudly or having the kind of good time that leaves you wanting to shoot daggers in their general direction, just remember that you’ve probably had that same awesome time on more than one occasion. Fun doesn’t always come with a mute button.

There’s nothing better than having the hot tub to yourself, right? And then, suddenly, others are invading your happy space. But given the ratio of hot tubs to people on board any given ship, most of us would never get a shot at taking a soak if we waited for one to be empty. 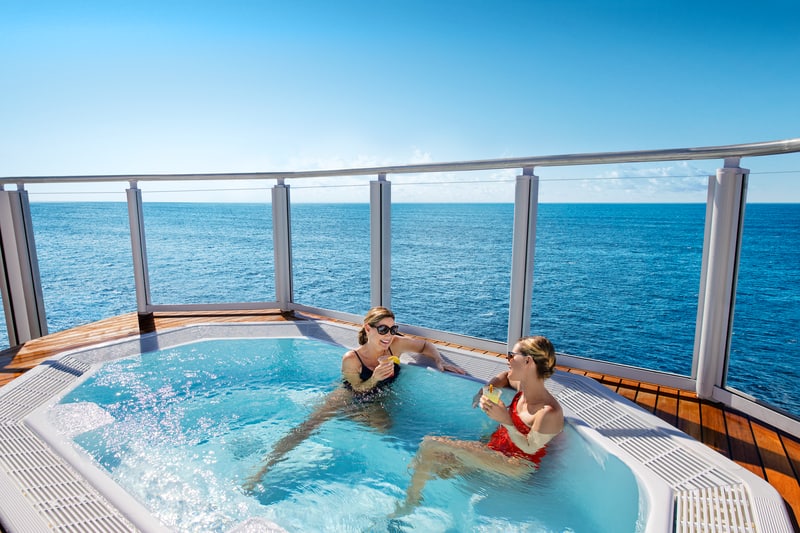 Not all buffets are created equal. Some are designed with stations that allow you to sort of browse among the offerings, while many are crafted in a way that sort of requires you to stand in line as you stroll past things you may or may not be interested in. And yes, it’s annoying when someone cuts in with a “Sorry, I just wanna grab a piece of lamb” as if they don’t understand the system.

But admit it: You’ve had reservations for the 7 p.m. Bingo session and just wanted to grab something to stave off your hunger until you can grab a real meal later, right? And there’s plenty for everyone. As they used to say in the Lays potato chip adds, “Munch all you want… we’ll make more.”

Yup, they drank too much and are being obnoxious. Yup, you’ve drunk too much in the past and been obnoxious, too. Move on.

You’re sleeping in after a late night, and suddenly, people just outside your room are having crazy-loud conversations as they head to wherever they’re going. Just remember that this afternoon, when you’re shouting at your spouse to wait up, someone behind one of those closed doors is probably napping (or, worse, trying to get their kid to nap). 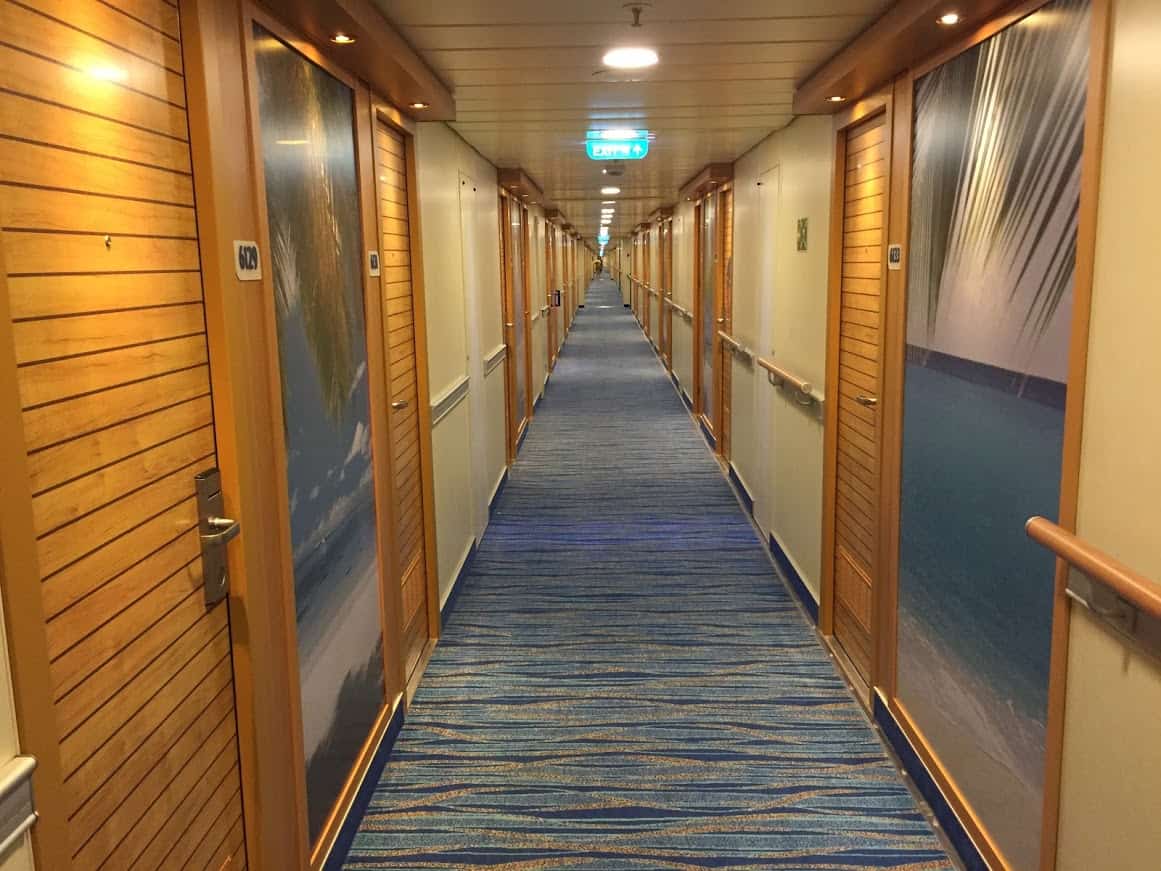 The show is 15 minutes in, and here come folks trying to squeeze their way into the two seats halfway down the aisle, next to their friends, inconveniencing and annoying everyone else in the aisle. But sometimes, it’s tough to get from an event at one end of the ship to another at the opposite end in the allotted time. When it’s your turn to show up late, just promise us one thing: You’ll do your best not to step on anyone’s toes.

Of course, none of us have ever done this… right? Unless we went to get a drink and the bartenders were slammed. Or maybe we ran down to the buffet and got waylaid by our really, really chatty friend. Of course, this doesn’t account for every chair, but it does happen occasionally… even to the best of us. And by “best of us” I mean you and me.

What cruise sins have you committed that aren’t listed? 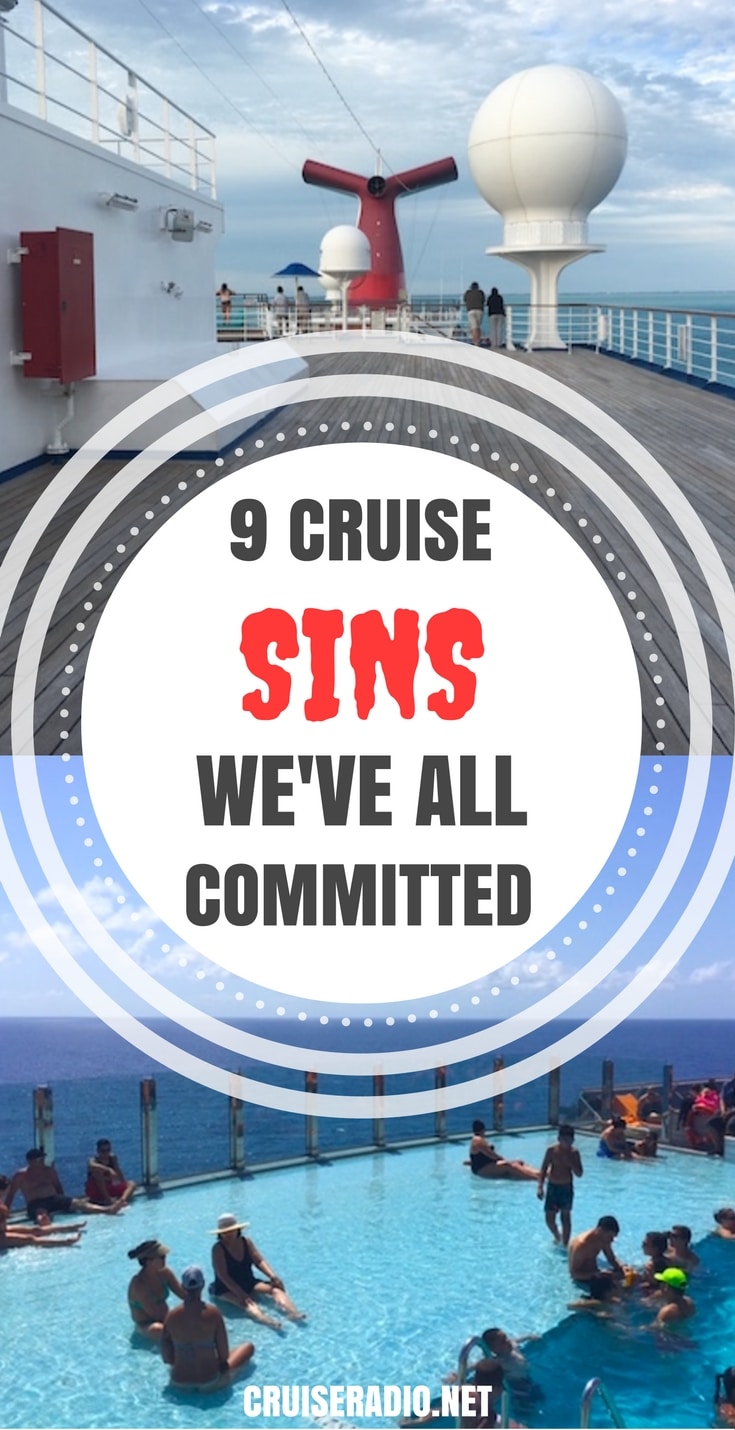 The Big Lie About Cruise Tipping

7 Thoughts Every Cruiser Has About Debarkation