There’s quite a few new cruise ships coming out in 2016 and we have the line up. 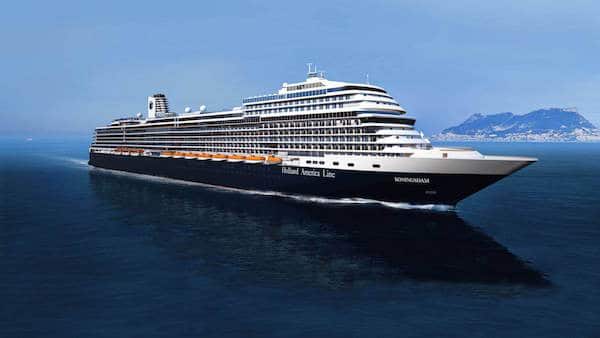 The newest ship to Holland America’s fleet, the ms Koningsdam, will arrive with no lack of style or finesse.  One of the biggest draws to this state-of-the-art ship will be its focus on music, beginning with the Music Walk; 3 stages that will present a variety of music nightly.

In partnership with the world’s leading center for the performing arts, one of these stages will be the Lincoln Center Stage, which will feature chamber music and afternoon recitals.  The next stage will be the Queen’s Lounge, or B.B. King’s Blues Club.  The 8-piece B.B. King All-Star Band will bring the best of Memphis music to sea.  The last will be Billboard Onboard, as live musicians bring 50 years of chart topping hits to the stage.

Many aspects of the ms Koningsdam’s architectural style will also reflect this music-centric approach, with different features of the ship resembling musical instruments.  The ship will also feature the World Stage, a main theater with a 2 story surround LCD screen, where initially 5 different productions will be hosted. the Aquavit Terrace that will be on the Viking Sky. photo courtesy of Viking Ocean Cruises

Viking is once again expanding their depth into the ocean cruise world with the Viking Sky, and it looks like it won’t disappoint.  The Viking Sky will feature Enrichment Lectures, where historical experts and academic luminaries will give talks about the destinations you will be visiting, so you have an in-depth understanding of your destination that reaches far beyond the cruise port.

This ship will also feature the Wintergarden; a serene, airy space around the main pool where you can relax, and even indulge in afternoon tea service, complete with finger sandwiches and pastries.

If swimming is your cup of tea, the infinity pool cantilevered off the stern is probably the place you’ll want to be.  At night, you can even enjoy a movie from your refreshing spot in the pool, and when it’s time to get out, you can relax in the Snow Grotto and sauna. Joining the Allure and Oasis in Royal Caribbean’s Oasis-class ships will be the Harmony of the Seas, featuring 7 distinct neighborhoods.  It will feature the Bionic Bar, where state-of-the-art robotic bartenders serve your drinks.  There will be complimentary AquaTheater shows, ice shows, and other live entertainment.

The Harmony of the Seas will feature 20 different dining options including Chops Grille, Wonderland Imaginative Cuisine, Sabor Modern Mexican, and Izumi Hibachi & Sushi.  There will also be a restaurant for suite guests only – The Coastal Kitchen.

For fun in the sun, Harmony will have two FlowRiders, two rock climbing walls, a zip line, ice skating rink, 3-story waterslide, and classic carnival games at the Boardwalk Arcade.

If relaxing in the pool is your thing, the Harmony of the Seas has 4 of them – including one in the adults-only area, the Solarium.  The ship will also feature 10 whirlpools, including 2 cantilevered ones that overlook the ocean. The Ovation of the Seas will mark the 3rd ship in Royal Caribbean’s Quantum class, and it’s sure to be a hit.  It will feature RipCord by iFly, the indoor skydiving experience; the North Star capsule that takes you over 300 feet above sea level, bumper cars, FlowRiders, and a rock climbing wall.

If relaxing is more your forté for a cruise, you can get peace and quiet in the Solarium pool, one of the many whirlpools, or the full service Vitality Spa.

The Ovation of the Seas will also feature Two70 with nighttime aerial entertainment, and even an ice bar at sea.  It will also include Dynamic Dining, Royal Caribbean’s flexible mealtime plan that gives you freedom when it comes to your dining. 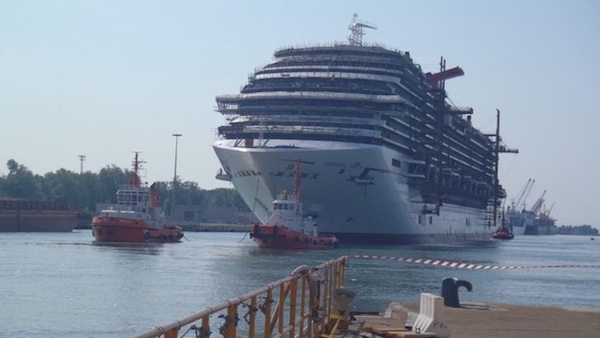 Carnival Vista will be a ship built for fun – and relaxation.  A big feature of this new ship will be the SportsSquare featuring SkyRide, a bike course high above the deck where you’re strapped in and ready to go.  It will also include a ropes course, mini bowling, and SkyGreens, a mini golf game.  If you want to cool off, you’ll want to check out WaterWorks, complete with the usual water slides and other splashy fun. Carnival Vista will include an IMAX theater as well as the 3D Thrill Theater, where things seem to jump off the screen.

If your sweet tooth needs to be tamed, you can visit the candy shop aboard the Vista; Cherry on Top.  It even includes an ice cream bar!  If you can’t think about candy when you haven’t even had dinner yet – don’t worry, there will be plenty of options here!  From the Seafood Shack, to Ji Ji Asian Kitchen, to Fahrenheit 555 Steakhouse, Guy’s Burger Joint, and more, there won’t be a lack of food choices on Carnival Vista. 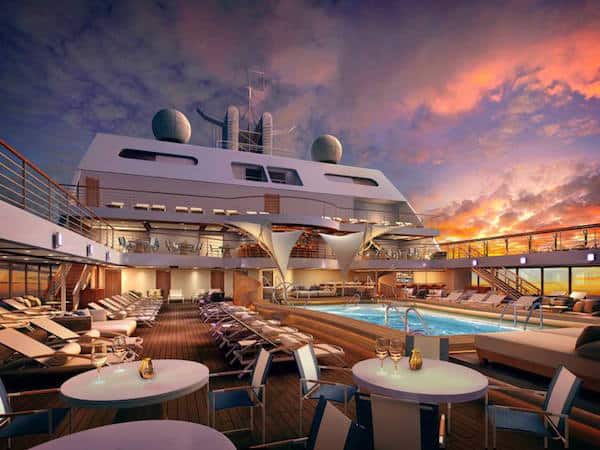 If you take a luxurious cruise on the Seabourn Encore, you’ll really be in for a treat.  The ship will feature a watersports marina at the stern of the ship with kayaks, paddle boats, and wind surfers.  You’ll be able to enjoy water sports without ever having to leave the ship.

When afternoon rolls around, afternoon tea is served, complete with white glove service and tranquil piano music.  To unwind, you’ll be able to let Seabourn’s expert team relax you at the spa, or you can break a sweat at their gym overlooking the ocean.

At night, Seabourn’s signature Evening Under the Stars begins, with barbecue dinners, gala parties, music, and dancing.  The ship also features the Grand Salon, with performances, speakers, and cultural productions.

For dinner, the esteemed chef and restaurateur Thomas Keller has joined Seabourn to introduce a new restaurant, which will also be rolled out to the entire fleet. 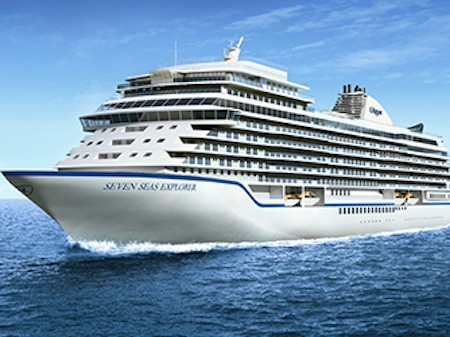 Regent’s Seven Seas Explorer is going to be one luxurious ship.  It will feature a culinary arts kitchen with individual cooking stations so you can take your culinary skills to the next level.  It will also feature a card room, where on select voyages there will even be a tournament.

For some fun that will make you put on your poker face, the casino onboard will feature stud poker, blackjack, roulette, and more.  The Constellation Theater is the perfect place to catch an evening show, complete with comfy chairs for the most relaxed viewing.

For relaxation in the open breeze, the pool deck will feature not only the pool, but two whirlpools.  The crew will even clean your sunglasses for you if you ask.

When it’s time for dinner, you can try the Compass Rose, which is the line’s flagship restaurant featuring continental cuisine, Prime 7, featuring filet mignon, or the Pacific Rim, featuring Pan-Asian food, among others.

What ship are you most excited about?