As pretty much anyone who has ever set foot on the Web knows, the internet is for two things: shopping on Amazon and complaining. Thanks to message boards, Twitter and Facebook, there are more places than ever for people to not only voice their opinions, but take part in what we like to call CCW: Collective Community Whining.

Now, this isn’t only true of sea-fairing folk. Take a look at the message boards devoted to soap operas, political discussions or, heck, the works of Anne Rice, and you’re likely to find more people complaining than praising. And studies show that this is true of life in general: People are more likely to tell their friends about a bad dining experience they’ve had than a good one. Apparently, that’s just human nature.

But maybe, just maybe, some cruisers are making things seem worse than they really are. Here are 8 things folks are most likely to be fired up about after they get off their latest cruise… as well as our thinking on why they might simply need to take a chill pill!

If you’re sailing on one of the popular, mass market lines, here’s something you should know before you get on board: There will be kids. Sure, people expect this of a Disney cruise, but a surprising number of people spend their post-embarkation message board time expressing their displeasure at the number of kids they were surrounded by. The fact is that in this day and age, there is virtually no such thing as a “kid-free” season. During a recent sailing out of New York City, we heard several people who’d booked a specific cruise because they knew that school children in the United States had just headed back to school. Unfortunately, these sailers didn’t take into account the fact that Canada’s schools had gone on break just as their American brethren were wrapping theirs up. Your best shot at reducing the number of children on any given cruise? Take a 14-day or longer sailing on a pricier vessel where the average customers are less likely to be value-seeking families.

Food, like most things involving taste, is subjective. And we’ve certainly had our fair share of not-so-hot meals while on board ships. But we almost always balk when people insist there was no good food to be found on board a ship, especially given the number of options available on the typical sailing. Don’t like the buffet? Hit one of the other complimentary restaurants. It’s not as if you’re throwing good money after bad, seeing as both meals would be free Still not satisfied? Head to one of the for-fee restaurants. Yes, this suggestion almost inevitably leads to cries of, “But why should I have to pay extra? Food is supposed to be included!” And it is. Lots and lots of it. You just don’t happen to like what’s available in your price range.

Here’s where we’re going to break out that trusty old chestnut, “You get what you pay for.” On most ships, there are definitely bigger balconies available than will be found in the average room. Take, for example, Norwegian’s Breakaway, which was the recipient of many a message board complaint when folks saw the regular balconies. But those willing to pay for aft-facing balconies were treated to wonderfully deep private spaces with views of the wake, to boot. This is one of those areas where you simply can’t have your cake and eat it, too. You can get a great price on a fantastic cruise with a smaller balcony, or you can pay more for a bigger spread if you think you’re going to spend a lot of time there. We recently forked over around $3000 per person for a 5 day cruise in the Captain’s Suite on board the Carnival Sunshine, featuring an awesome 200 square foot balcony!

You’re going to hear that complaint from Atlantic City to Las Vegas, so it’s not surprising that cruisers break it out, too. To us, playing in the casino is as much a part of our vacation as dining in the specialty restaurants… and we budget accordingly. Would it be great to walk away a big winner? Of course! But we all know that the vast majority of people aren’t going to do that. So we walk on board the ship with a gambling budget that we essentially intend to lose. If we walk away with a win, fantastic! But if not, we had a good time in the process.

5) “Cruising has gotten so expensive!” 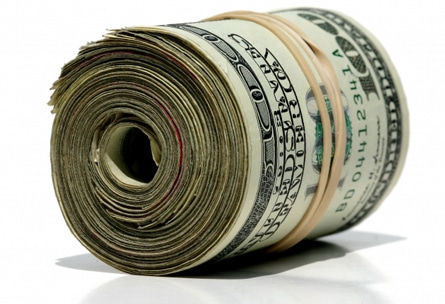 Call us crazy, but we’ve always found cruising to be the best travel value around. Think about it for a second: You get to hang out in a fantastic hotel that is full-to-bursting with entertainment, food and fun people… and every day or two, you get to walk out of the hotel and explore a whole new place! Plus, it’s not as if this is a one-price-fits-all scenario. Yes, some cruises are going to be out of your price range… but if you can’t find a great trip that has your name all over it (a great starting place is this PRICING TOOL), then you’re just not trying hard enough!

Yup, it is. But let’s face it: Modern cruise ships travel with a whole lotta people on board, and there’s only so much room on the pool deck, let alone in the pools themselves. Our solution tends to be avoiding the area as much as possible in favor of the many private areas you can find, far from the maddening crowd. But if you’re one of those people who want to be right at the heart of the action, whether it’s to soak up the sun while listening to a band or to pretend to read when we all know you’re people watching, the pool deck is definitely the place to be. And the pool deck being crowded is like death and taxes and other things you can complain about until the cows come home, but they aren’t likely to change any time soon!

7) “Pre-paid gratuities? I should be able to tip what I want!”

We have no doubt that you’re a generous tipper, but that guy sitting next to you? He’s kind of a jerk. He loves nothing more than removing the gratuities from his bill and telling everyone that he’s a “tip-as-I-go” kinda fella, even though he’s never once given a bartender a tip more substantial than “Don’t accept wooden nickles.” The idea behind pre-paying gratuities is that the people who work so hard to make your trip the best it can possibly be wind up getting recognized… and not just the ones you interact with. That guy who says he’s tipping the staff personally? He might slip his favorite waiter a few bucks. But what about all the other people who toil behind the scenes, unnoticed by most vacationers? They deserve the few bucks a day you’re being asked to pay. Trust us.

We have literally seen people suggest that cruise lines should reimburse them because it rained three days out of five or high winds made it impossible for non-docking ships to tender at certain ports. Because, as you know, the various lines own weather machines which they used to manipulate the climate on days when they just aren’t feeling the whole “ferry the passengers to the private island” thing. You know what your mother would say about this particular rant? “You’re just complaining to hear yourself complain!”

What cruise complaints are you tired of hearing? Let us know.

Richard is the executive editor of Soaps.com and the author of several novels. Given his love of eating, drinking and gambling, it’s astonishing how long it took him to discover the joys of cruising. While he has more Twitter handles than most people have limbs, you can most easily reach him at @howrudeareyou.

Send this to a friend
Hi, this may be of interest to you: 8 Cruise Complaints We're Tired Of Hearing. This is the link: https://cruiseradio.net/8-cruise-complaints-tired-hearing/