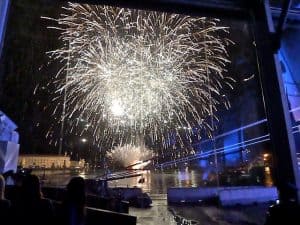 This past week we saw multiple cruise ships launched and christened. This could be probably one of the biggest weeks for new launches in years, or possibly ever.

MSC Cruises christened the 4,345-guest MSC Preziosa in Genoa, Italy on Saturday. This ship was christened by actress Sophia Loren. This is the lines 10th new ship in less than 10 years.

Another river cruiser was christened over the weekend, Uniworld’s 118-passenger Queen Isabel , was christened by Hollywood actress Andie MacDowell on Portugal’s Douro River. This ship comes complete with a swimming pool and a helicopter pad.