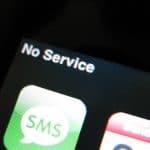 Haines and Skagway aren’t complaining about the cruise ships docked in their ports every season – but rather the lack of cell phone service during that time.

Local residents of the two ports say every time cruise ships dock the cell phone service drops way down. Some residents experience dropped calls and busy signals when dialing, and the outages are said to last up to six hours on cruise ships days.

According to the local paper, Andrew Colley, AT&T Alascom’s personnel representative in Anchorage, said problems with his company’s service may be linked to the presence of the cruise ship. “AT&T’s network in the area is optimized for the population which resides in Haines. Cruise ship stops in Haines are infrequent but may result in network congestion when they occur.”

Fair enough, have you ever experience a cell phone outage during an Alaska cruise?