American Cruise Lines has revealed design details of their new modern riverboats.  At 345 feet long and 60 feet wide, they will feature the largest staterooms in the US, private balconies, and large bathrooms.

The large accommodations are possible because there will be only two staterooms across the entire width of the ship, while many riverboats fit 3 or 4 staterooms within a similar width.  “The thoughtful layout of our new builds allows for all outward facing staterooms and private balconies,” says Timothy Beebe, VP of the line. “Every guest has a magnificent view.”

The modern vessels will also include a four-story atrium in the center of the ship.  Carrying 200 guest, the first riverboat with the new modern design is scheduled to begin passenger service on the Lower Mississippi River in autumn 2018, and reservations are now open.  Columbia & Snake River voyages are slated to begin in 2019. 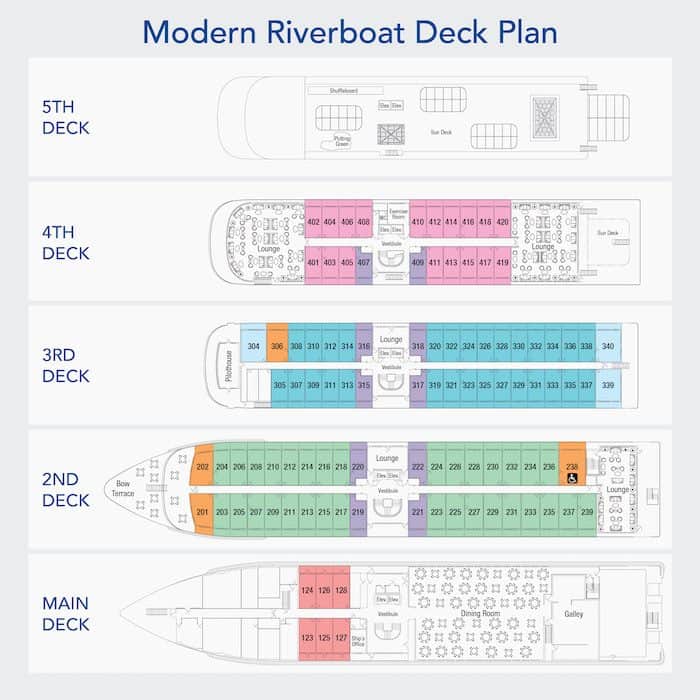 deck plans for the new modern design courtesy of ACL