Royal Caribbean International officially took delivery of its 23rd ship today, Anthem of the Seas at a signing ceremony held in Bremerhaven, Germany. This comes after earlier this week a giant giraffe was hoisted high atop the ship (sister ship Quantum has a giant magenta bear). 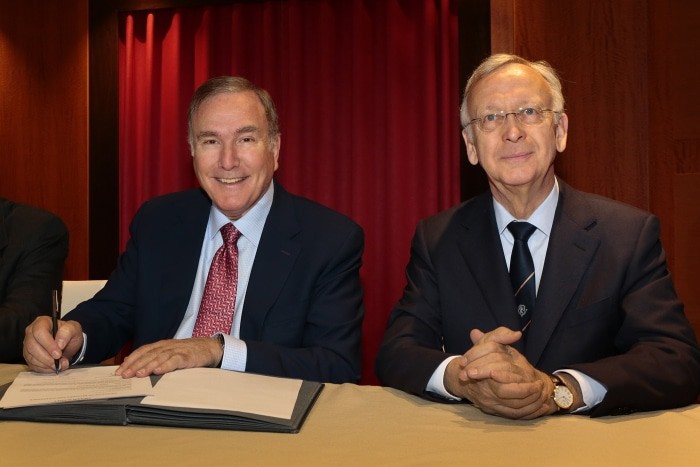 Anthem of the Seas will now sail to Southampton, U.K., where the ship will homeport through October and sail to the Mediterranean and Canary Islands. The ship will be inaugurated in Southampton on April 20.

In November, New York Harbor will be Anthem of the Seas’ permanent home, where the ship will sail regularly from Cape Liberty Cruise Port on adventures to Bermuda, the Caribbean and Canada and New England.

Rewind: broadcast from Quantum of the Seas

View All Cruises
Powered by Cruiseline.com
photo: Royal Caribbean
Related Topics:
Up Next