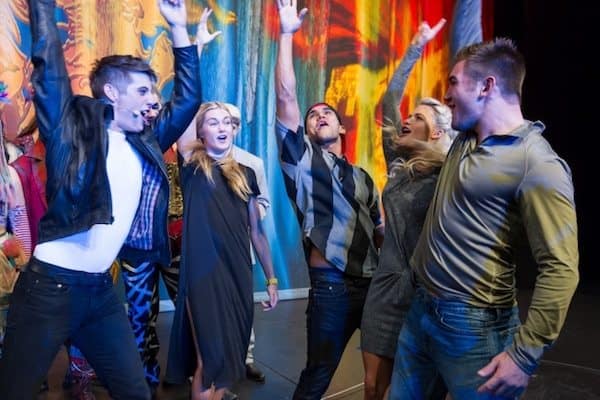 The celebrities were spotted skydiving at RipCord by iFly, taking a ride in the North Star, riding bumper cars in the SeaPlex, and surfing on the FlowRider surf simulator.

The couples were onboard the weekend media sailing to learn a dance from Queen’s hit musical “We Will Rock You” for tonight’s (November 9) episode of Dancing with the Stars, airing at 8/7 pm on ABC.