Saint John, New Brunswick was extra busy with people yesterday.  Royal Caribbean’s Anthem of the Seas made her inaugural call there; docked from 11 am to 11 pm.  It’s the largest cruise ship that has ever visited the Canadian port. 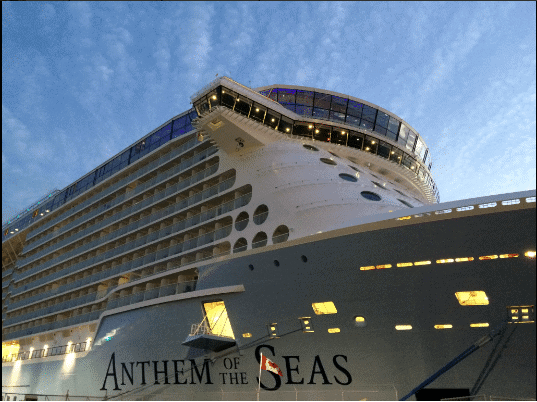 The ship brought an extra 4,200 people to New Brunswick’s largest city, and is scheduled to make four stops there this cruising season.  The next time will be on September 13.

The next ship to port in Saint John will be Grandeur of the Seas on September 6.

Carnival Imagination to Get Extensive Makeover

Send this to a friend
Hi, this may be of interest to you: Anthem Makes Inaugural Call at Port Saint John. This is the link: https://cruiseradio.net/anthem-seas-calls-saint-john/