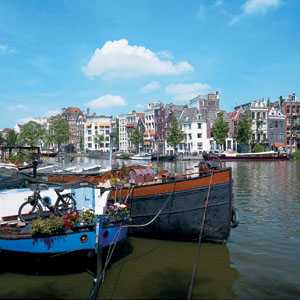 Avalon Waterways is also helping river cruisers explore more of the world on its waterways with five new itineraries.

Many cruisers have explored Netherlands’ Tulips in southern Holland, but in 2013, Avalon is encouraging them to try the NEW 8-day Tulips of Northern Holland vacation.

Originating in Amsterdam, on this itinerary, cruisers will enjoy the region of “North Holland” where tulip fields abound before cruising farther north to the region known as “Friesland,” famous for its black and white cows. They’ll sail across the Ijsselmeer and take a walking tour of the small town of Hoorn. They will also visit the ZuiderZee Museum in Enkhuizen, the Batavia shipyard in Lelystad and a windmill outside the fishing village of Volendam, with even more excursion choices in Arnhem and Rotterdam. Onboard, they will delight in a sampling of local Dutch cheeses and Genever tastings as part of Avalon’s new Culture & Cruise program.

For cruisers interested in central and Eastern Europe, Avalon also has new choices from which to choose the perfect river cruise vacation, including: