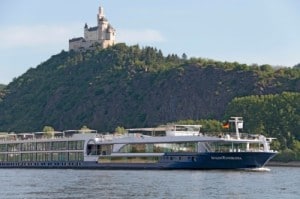 On the heels of announcing two new Suite Ships in Europe and Avalon ChoiceSM – an entirely new concept in river cruising – for 2013, Avalon Waterways is also unveiling plans to add five new itineraries (plus a new themed cruise) to its already impressive roster of cruise options.

Thanks to increased demand for “passion travel,” Avalon Waterways is expanding its popular wine-, music-, art-, legacy- and holiday-vacations to include a NEW! culinary-themed cruise, available on two itineraries for 2013: Paris to Normandy’s Landing Beaches and Grand France.

Another sure-to-be-hit for those interested in cruising Europe is Avalon’s 8-day NEW! Tulips of Northern Holland vacation, priced from $2,449.  “Every year, our traditional Tulip Time Cruise sells out,”  said Clark.  “Now, we’re giving our travelers who love the beauty and history of Holland’s tulips a chance to combine some well-known sights with off the beaten path experiences.”

Originating in Amsterdam, on this itinerary, cruisers will enjoy the region of “North Holland” where tulip fields abound before cruising farther north to the region known as “Friesland,” famous for its black and white cows.  They’ll sail across the Ijsselmeer and take a walking tour of the small town of Hoorn.  They will also visit the ZuiderZee Museum in Enkhuizen, the Batavia shipyard in Lelystad and a windmill outside the fishing village of Volendam, with even more excursion choices in Arnhem and Rotterdam.

Other new European cruises for Avalon for 2013:

Costa Cruises new ship to be delivered May 5 at Venice, Italy