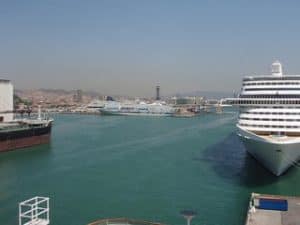 Cruise numbers are on the rise for the port of Barcelona who reported their 2011 figures earlier today. In 2011 the cruise port saw 2.6-million cruise passengers, up 13% from 2010.