Need proof that the days when shuffleboard was the most exciting thing on tap for cruisers are long gone? Look no further than the details Norwegian Cruise Line recently released in regard to Norwegian Joy, their first ship specifically built for the Chinese market. It will feature a top-deck, two-level racetrack with electric carts… hovercraft bumper cars… laser tag. And of course, Norwegian isn’t alone in seeking to constantly provide new thrills to their passengers. Carnival Vista will feature a suspended track that cruisers can navigate in pedal-powered capsules, and Royal Caribbean’s will feature the Ultimate Abyss, a 10-story dry slide — as opposed to the typical water slide — aboard Harmony of the Seas.

Where Does It Stop?

This is, of course, part of an effort to reach new — not to mention younger — cruisers. With each new build come excitement-building revelations about the special features we can expect, whether it’s robotic bartenders or new dining venues. “Everyone is working hard to differentiate themselves and really [set] themselves apart so the customer really has a choice,” Mark Conroy, a consultant and strategic adviser to Cruise Lines International Association told Seatrade Cruise News last April.

But are cruise lines so focused on coming out with the newest, biggest, most exciting feature that other things are being pushed aside? For example, as ships have gotten bigger, the space allocated to pools has remained essentially the same. This means that more and more people are trying to fit into and around the same space that wasn’t particularly well-suited to even the smaller groups of people looking to use them in the past. It’s one of the reasons that “chair hogs” and “crowded pools” tend to top the list of things cruisers regularly complain about.

The good news is that as new ships enter the market, cruisers are left with an ever-expanding range of choices. For those who aren’t interested in the latest this or most exciting that, there are older ships offering more traditional amenities. If Norwegian Breakaway — complete with its ice bar and free-fall water slides — isn’t to your liking, the smaller, more intimate Norwegian Gem happens to sail from the berth next to it. Does the size of Carnival Vista put you off? Then smaller ships in the fleet, like the Fantasy or Ecstasy, might be more to your comfort level.

One thing seems certain: The trend of bigger ships with more attention-grabbing features is unlikely to stop any time soon!

Are innovative features important to you when it comes to deciding which ship to sail on? 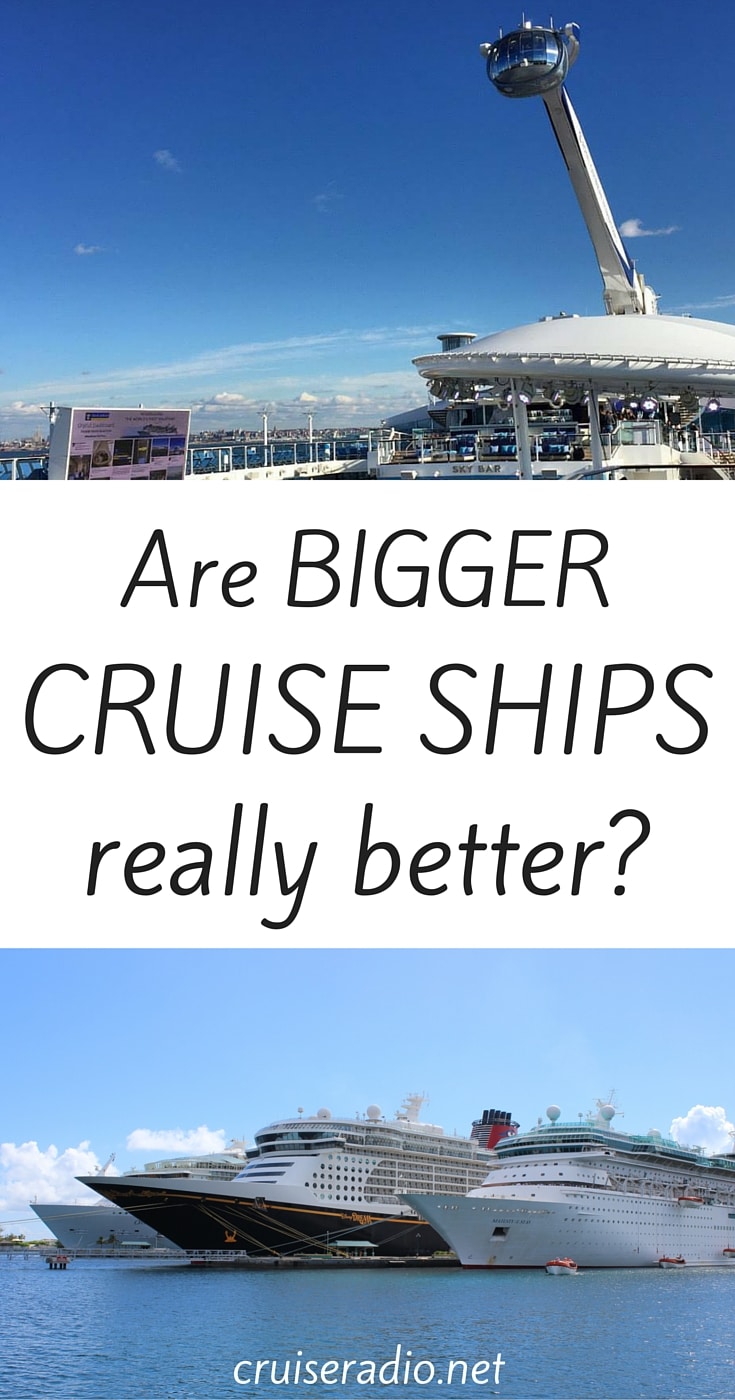 Send this to a friend
Hi, this may be of interest to you: Are Bigger Cruise Ships Really Better?. This is the link: https://cruiseradio.net/bigger-really-better/