It was recently announced that Holland America will roll out some new and existing entertainment options aboard their upcoming Pinnacle-class ship ms Koningsdam.

The Music Walk, located on deck two will be the hub for all things music on the ship and will have three new venues and one existing venue will be brought aboard. Here’s the scoop:

Lincoln Center Stage – a new onboard live music venue created in partnership with the legendary Lincoln Center that will showcase world class musicians and programs. 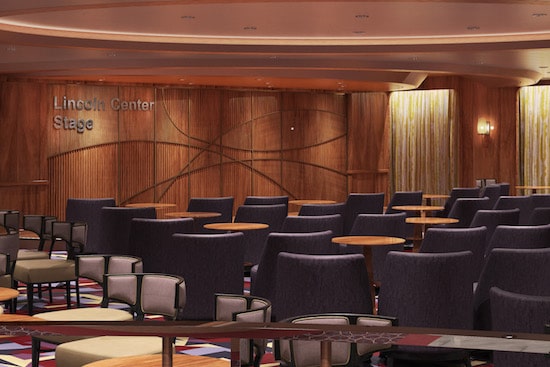 Billboard Onboard – showcase talents of live musicians including two pianists, guitarists and a DJ – all centered around the Billboard charts of the past 50 years. 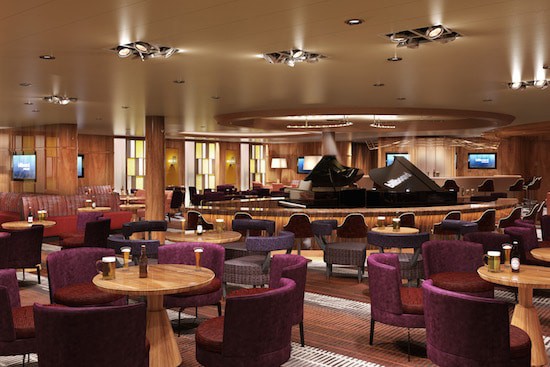 The World Stage – The only way I can really explain this venue is to look at the photo below. The stage will be in the main show theater, two stories and will have a 250′ long high-definition LED screen. This can bring destinations all over the world into this theater.

Essentially the room can transform from an Italian palazzo for concert to endless high tech production numbers. 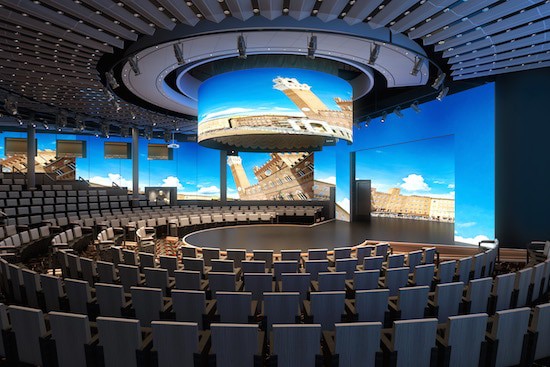 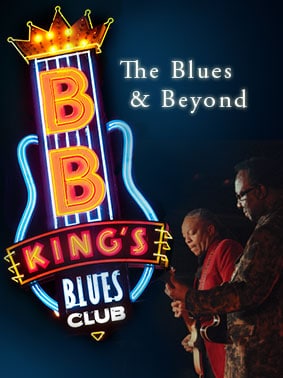 The ms Koningsdam is under construction at Fincantieri’s shipyard in Italy. The inaugural voyage will be its Premier Voyage on April 8, 2016.