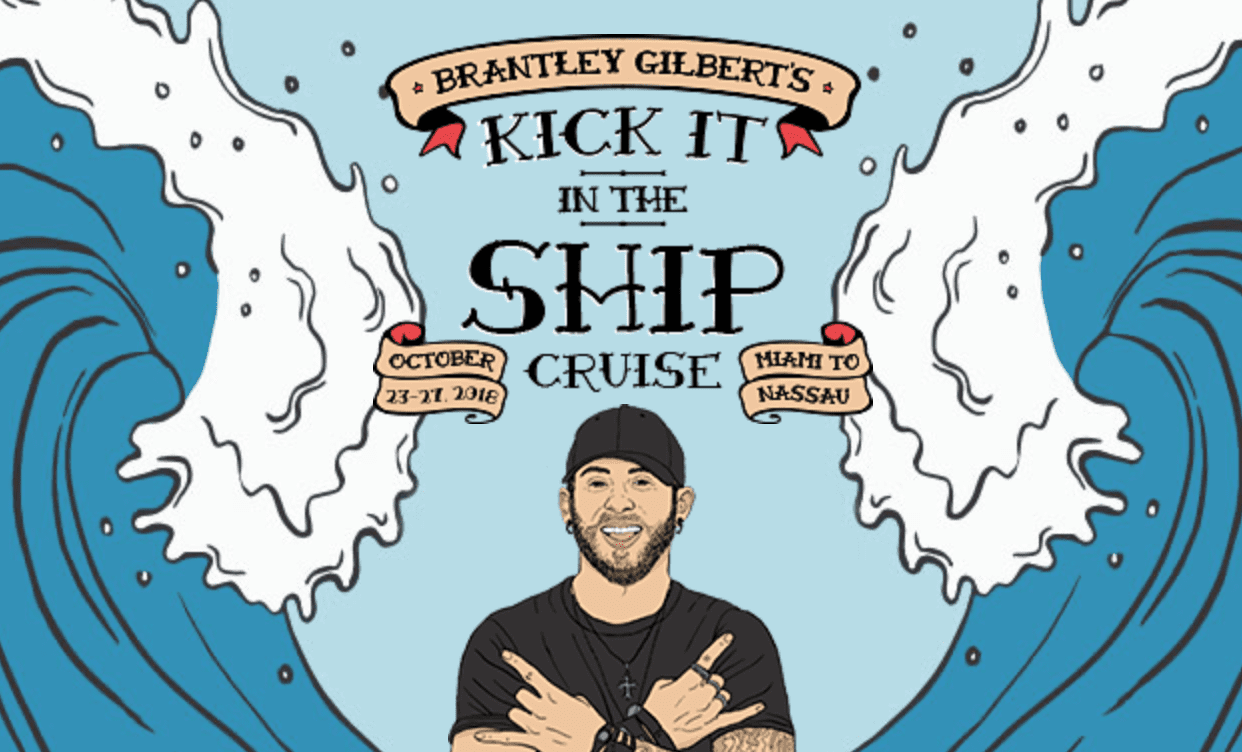 Singer/songwriter Brantley Gilbert has announced that he will be headlining a country music cruise this coming October.

From October 23 to 27, 2018, Brantley Gilbert along with Luke Combs, Michael Ray, Blackhawk, Colt Ford, Josh Phillips, Faren Rachels, and more artists to be announced will be performing aboard Norwegian Jade from Miami. The voyage, put on by Sixthman, will visit Nassau, Bahamas.

The voyage will feature, of course, musical performances (two from Brantley!) as well as a Q&A with Brantley and creative activities hosted by his band members.

The pre-sale is open now, and doesn’t require a deposit. Joining the pre-sale means that you’ll have access to choose your cabin before the cruise goes on sale to the general public, and it’s then that you’ll put down a deposit of $200 per person. On Monday, January 15th, guests who have joined the pre-sale will receive an email with booking instructions. If you book before January 19th, you’ll be entered to win one of the following: $250 onboard spending money, a specialty restaurant dinner with Brantley, and a signed Brantley Gilbert guitar. Guests who book before March 2nd will be able to take a photo with Brantley.