The celebrations on the inaugural voyage for Carnival Cruise Line’s newest ship Mardi Gras continued on Thursday while at sea, as the guests onboard raised a record amount of money for St. Jude Children’s Research Hospital.

The ship’s godmother Kimberly Jiménez, along with Miss Universe Andrea Meza and other Miss Universe titleholders joined Cruise Director Mike Pack and Carnival Cruise Line President Christine Duffy for the Groove for St. Jude deck party, which also acts as a fundraiser for the hospital.

Thanks to the donations of guests on board, they broke the ship’s record and raised $21,600 for St. Jude. 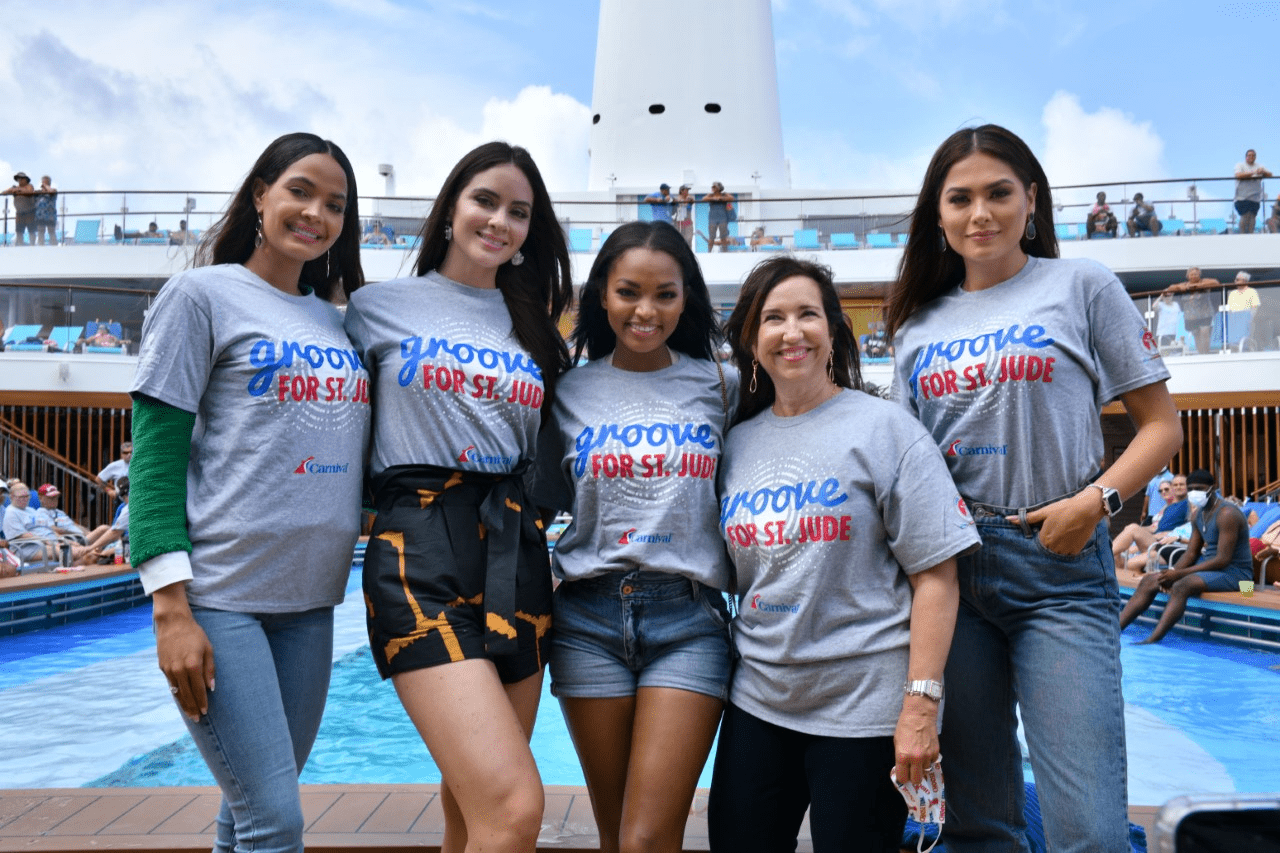 “Along with welcoming our guests back on board, our restart allows us to get back to meeting our goal of raising $30 million by 2025 for St. Jude Children’s Research Hospital,” said Christine Duffy, president of Carnival Cruise Line. “We are proud to support such a worthy cause and even more proud of guests for opening their hearts and raising close to $22,000 for St. Jude in one day.”

The new vessel was christened during a celebration dubbed “Universe of Fun” on October 23 in Port Canaveral, Florida. She has been on her official inaugural cruise in the Caribbean this week. 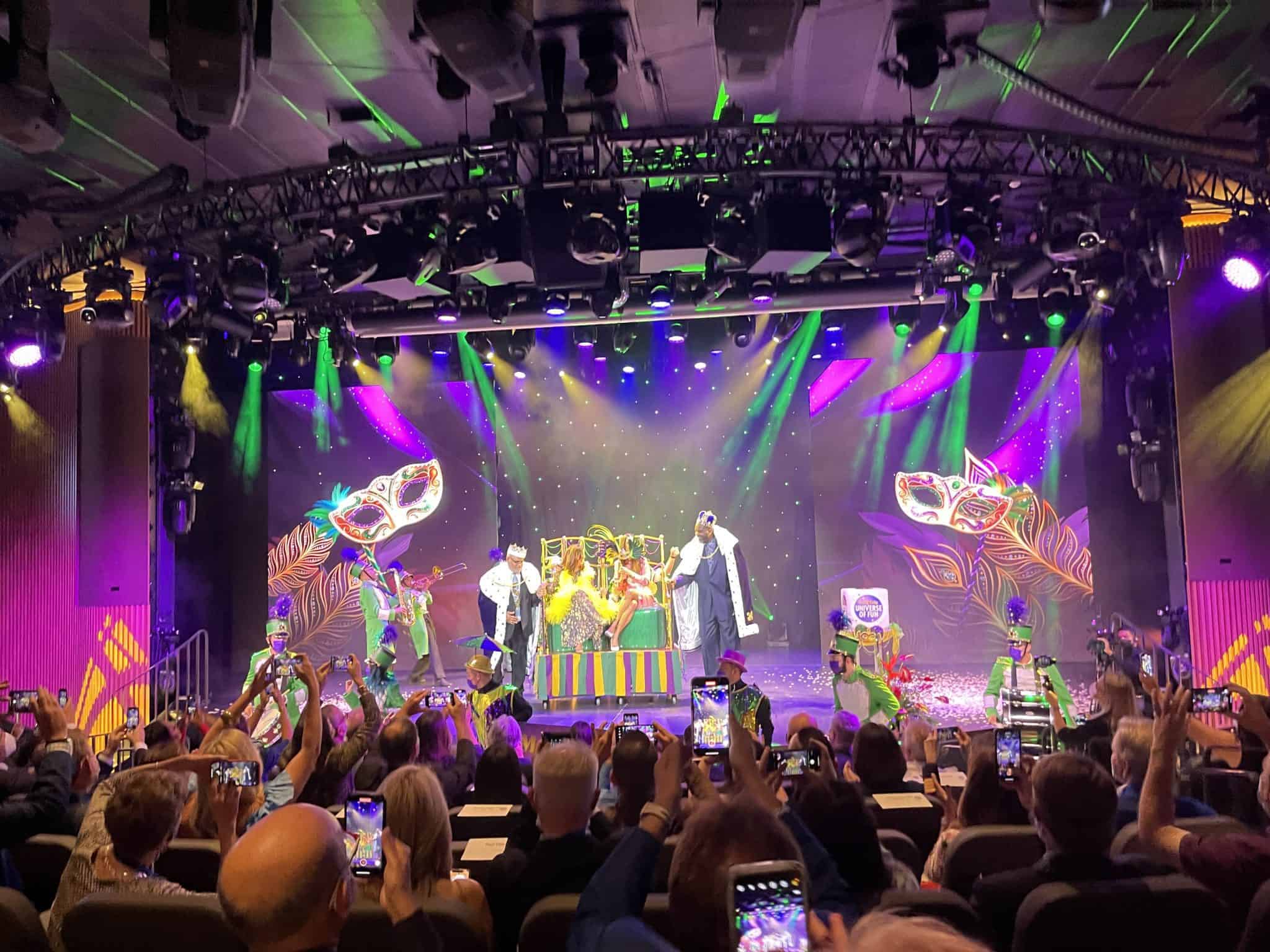 The ship is the first in the Americas to be powered by liquefied natural gas, which is a cleaner-burning fossil fuel.

Onboard features include the first roller coaster at sea, BOLT; a ropes course; a slew of both for-fee and complimentary specialty restaurants; the Cloud 9 Spa with thermal suite; the adults-only Serenity Retreat sundeck, the exclusive Havana area for those staying in Havana cabins, and a new outward-facing atrium.

Mardi Gras’ very first passenger cruise was this past summer, on July 31 also out of Port Canaveral. The ship is currently offering seven-night eastern and western Caribbean voyages.

READ NEXT: Disney Cruise Line Resumes Voyages From Miami, All Four Ships Back in U.S.

Send this to a friend
Hi, this may be of interest to you: Breaking Records: Carnival Cruise Guests Raise Over ,000 for St. Jude. This is the link: https://cruiseradio.net/carnival-cruise-ship-mardi-gras-breaks-record-st-jude/