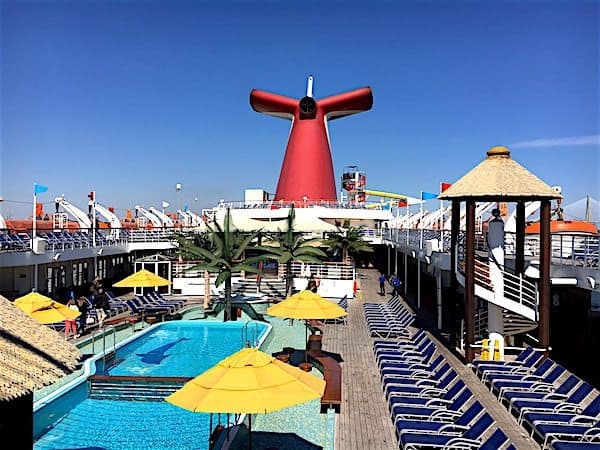 As of February 6, Carnival Ecstasy is now sailing year-round from her new homeport of Charleston, South Carolina.

Carnival Ecstasy will sail four to six night Caribbean sailings with stops in ports such as Nassau, Freeport, Bahamas; Half Moon Cay, and Carnival’s newest destination in the Dominican Republic, Amber Cove.

Prior to Carnival Ecstasy arriving in Charleston, Carnival Fantasy sailed from the port for the past few years.

Before repositioning, the ship was sailing year-round from Miami, Florida.

Carnival Featured on “Wheel of Fortune”

5 Things You Need to Know About Norwegian’s New Menus