In a time-honored maritime tradition, a ceremony was held earlier today aboard the 133,500-ton Carnival Horizon at the Fincantieri shipyard in Italy. During the event, a coin was welded to the ship’s mast to mark a significant construction milestone.

What is a coin ceremony? 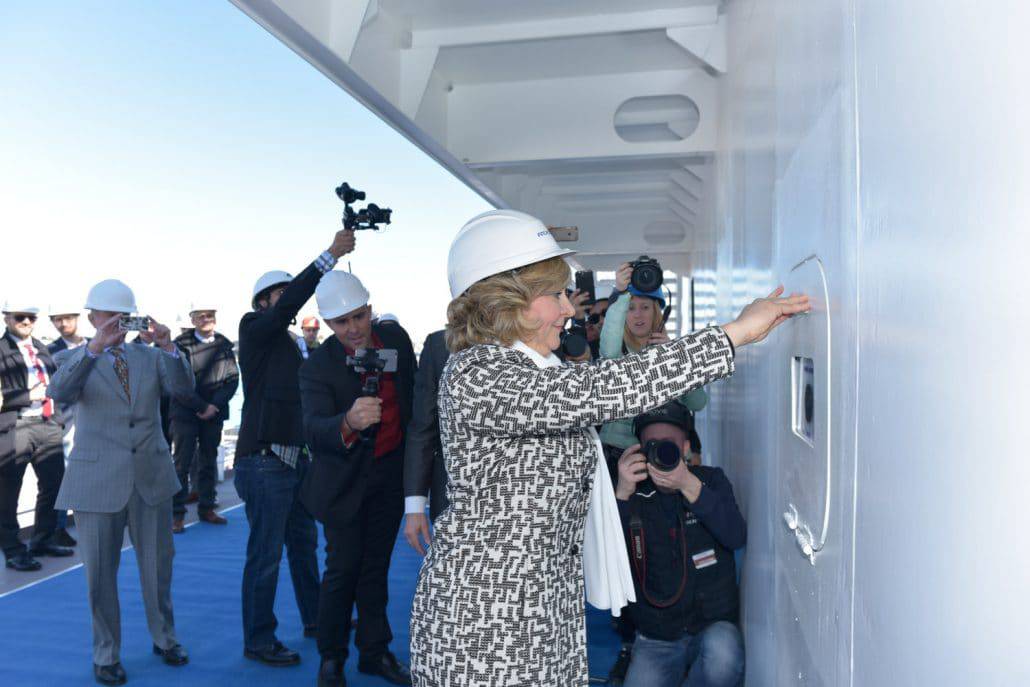 The coin ceremony – which dates back to the ancient Romans who believed that attaching coins to a ship provided divine protection – signifies the successful completion of the ship’s exterior outfitting.

Horizon will boast SkyRide, an IMAX Theatre and a WaterWorks aqua park with corkscrew slides, a tipping bucket and other attractions. A wide range of accommodations will also be offered, including spa cabins with exclusive privileges to the Cloud 9 Spa, Family Harbor staterooms, and tropical-inspired Havana staterooms and suites with exclusive daytime access to a Cuban-themed bar and pool.

She will enter service on April 2, 2018, with a 13-night Mediterranean voyage from Barcelona. She will spend the summer in Europe before repositioning to New York City for a series of summer cruises to Bermuda and the Caribbean. Carnival Horizon will then relocated to Miami and for year-round six- and eight-day Caribbean cruises beginning Sept. 22, 2018.