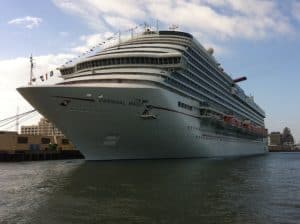 With Carnival Magic now home-ported in the gulf city of Galveston, the island will see  more passengers than before and direct spending that’ll bring a positive surge to the local economy.

Carnival Magic is expected to carry over 150,000-passengers through Galveston over the next 52-weeks, the ship will cruise alternating 7-night Eastern and Western Caribbean sailings.

Carnival expects to carry more than 450,000 passengers through Texas annually, up 28% from the previous year. According to a study by the CLIA (Cruise Line International Association) in 2010, the cruise industry brings $1.1 billion in direct spending and creates 16,457 jobs, bring Texans $828 million in income.

Royal Caribbean’s Mariner of the Seas launches seasonal cruises from the port of Galveston later this month.

Hi, this may be of interest to you: Carnival Magic brings Texas sized numbers to Galveston, Texas. This is the link: https://cruiseradio.net/carnival-magic-brings-texas-sized-numbers-to-galveston-texas/