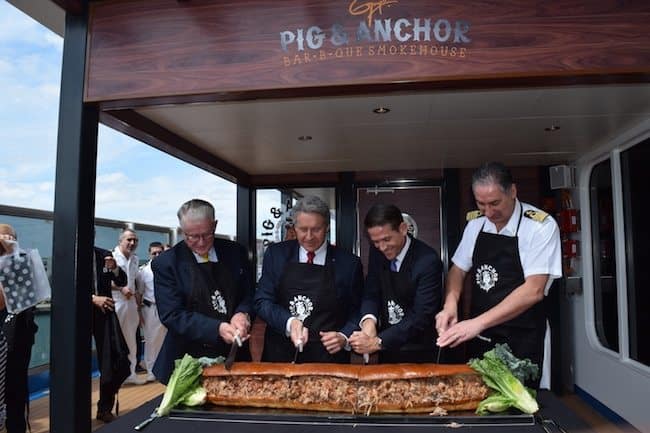 Carnival Magic is joining Carnival Victory and Valor for year-round departures from Canaveral, as well as seasonal sailings for Carnival Sunshine.  Together, the ships will carry over 650,000 guests each year from Florida’s Space Coast, with over 200 three to eight-day cruises.

The new BBQ venue in partnership with Guy Fieri was one among many new features added during a recent makeover to the ship.  Other additions include the Alchemy Bar, RedFrog Rum Bar, BlueIguana Tequila Bar, BlueIguana Cantina, and Guy’s Burger Joint.

This afternoon, Carnival Magic will depart on a three-day sailing to Nassau, and will launch year-round seven-day cruises on April 23.  She will sail both western and eastern Caribbean itineraries.