Talk to people who’ve been cruising for 20 years or more, and they’ll tell you stories about how the industry has changed over the years. Some of those changes, they’ll no doubt say, are for the better, others not so much. As with most things, it’s a matter of perspective. But you can also get a glimpse into how cruising has changed by taking a look at the history of some of your favorite ships. For example, the Fantasy class of ships which were first introduced by Carnival Cruise Line in 1990… and are currently the oldest vessels in the fleet. And yet, thanks to a few facelifts over the years, they remain as popular as ever. When the first Fantasy-class ship was introduced to the Carnival fleet in 1990, she went by one name only: Fantasy. In fact, all of the Carnival ships originally went by one name (Fantasy, Ecstasy, Sensation, etc). It was only in 2007 that someone (who hopefully got paid a lot of money for their marketing genius) realized the value in branding the ships with the word “Carnival.” That branding has stuck with the company ever since, as evidenced by the newest ship — announced earlier this year and debuting in 2019 — the Carnival Panorama.

The eight ships which comprised the Fantasy class were 70,000 gross registered tons and designed to carry around 2,000-guests. (By comparison, the Carnival Vista carries around double that number of passengers.)  The Fantasy was originally based out of Miami and did 3- and 4-night sailings to the Bahamas. When the Fantasy was moved to Port Canaveral in 1993, she was considered to be the first “megaship” to make that her homeport. 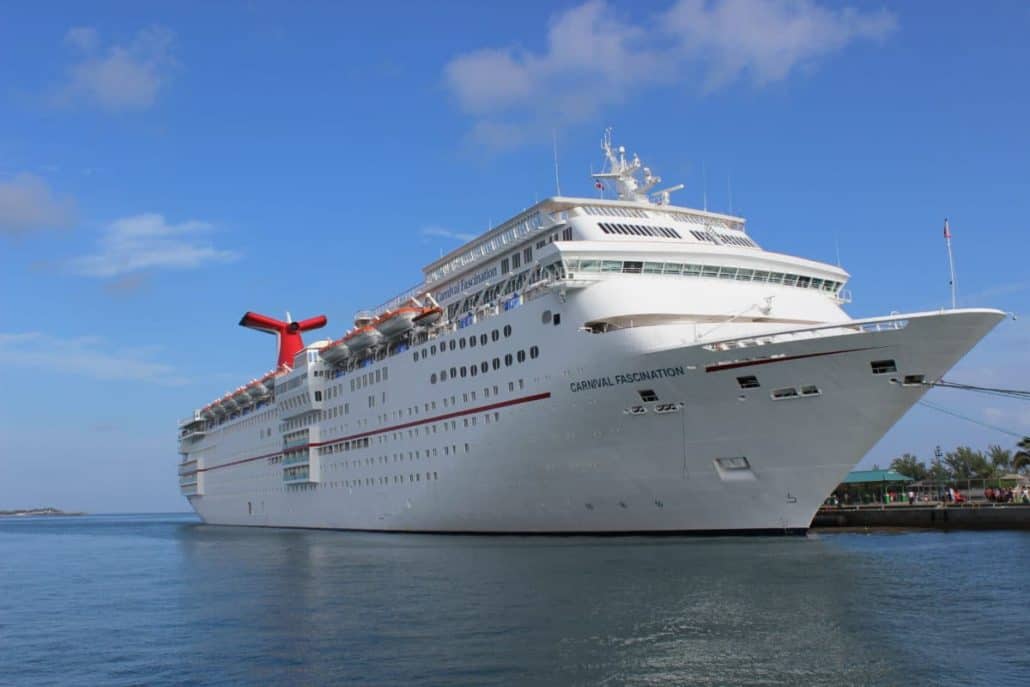 By 2006, the original Fantasy class ships were starting to show their age. They were also missing some of the features which had been introduced on ships that were introduced into the fleet over the years. To give the Fantasy ships a spit-shine, Carnival rolled out a $250 million program known as the “Evolution of Fun.” As part of the program, the older ships received such upgrades as water parks, miniature golf courses, the adults-only Serenity area and various cosmetic changes to the staterooms and dining venues. In some cases, they even went so far as to add additional balcony staterooms (which makes sense, given that over time, the demand for these rooms with a view definitely increased).

Interestingly, despite being the oldest ship in the fleet, the Fantasy was not the first ship to receive the upgrades. Instead, the Inspiration and Imagination were first in line for their makeovers.

If Fun Is Good, More Fun Is Better 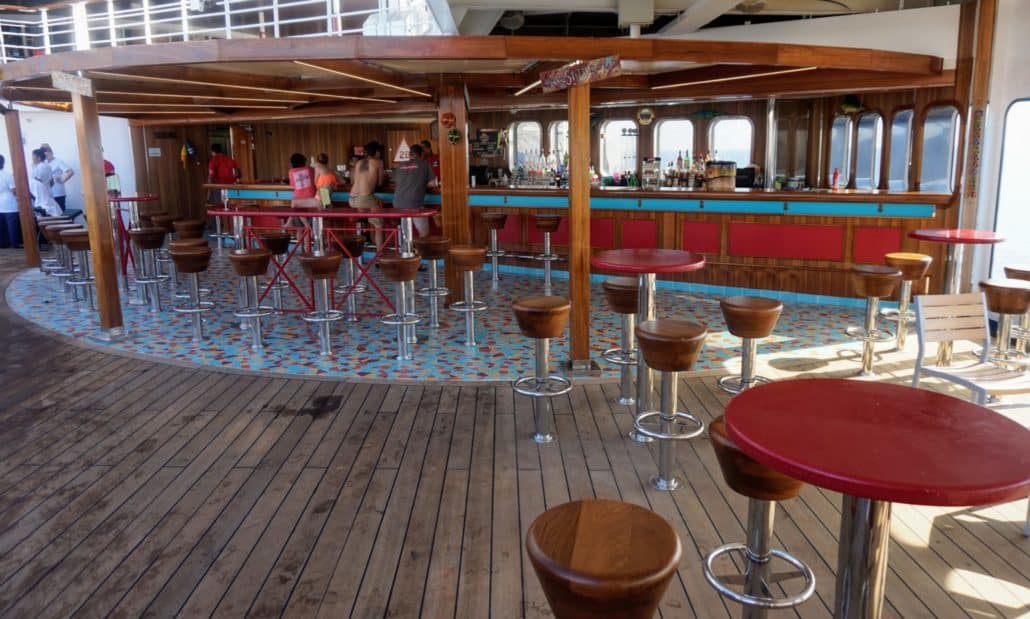 The final Evolution of Fun makeovers had only just been completed when, two years later, Carnival rolled out the Fun Ship 2.0 enhancements which saw, even more, changes being made to the fleet, including its older ships. This time around, the changes weren’t just cosmetic, but also involved major additions (including, thanks to a partnership with celebrity chef Guy Fieri, the wildly popular Guy’s Burger Joint). When the Carnival Fantasy came out of drydock in early 2016, she’d been outfitted with the burger joint, a Blue Iguana Cantina, RedFrog Rum Bar and more. Suddenly, as the old saying goes, everything old was new again.

Why Spend The Money? 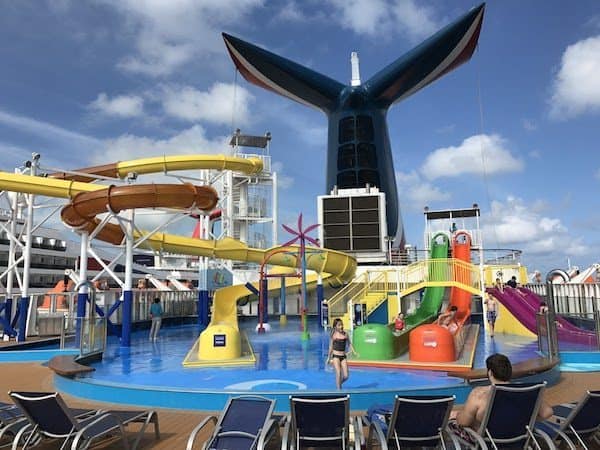 With new ships being introduced into the fleet every year, one might wonder why they bother continuing to upgrade the older ships. And the answer is simple: These ships are moneymakers. They’re also better suited to the short runs which are becoming extremely popular among cruisers who want to take a vacation but don’t necessarily have the ability to take an entire week off work.

And then there’s the fact that the ships have fans. Lots and lots of fans. “I have nothing against the big ships,” admitted one longtime Carnival cruiser I met aboard a recent sailing on the Carnival Fascination. “But the smaller ships are more my speed. I’m not as interested in all the bells-and-whistles as I am relaxing.”

Of course, nothing lasts forever, and it seems inevitable that eventually, some of the older ships will be phased out. In fact, during the company’s most recent earnings report, Carnival CEO Arnold Donald said that the company had “signed agreements to sell two ships expected to leave the fleet [in spring of 2018], keeping us on pace with our historical average of removing one-to-two ships per year.” (That’s not to say that they will necessarily be Fantasy-class ships or even Carnival branded, as the company’s corporate umbrella also includes Holland America, Princess, Seabourn, Cunard, Aida, Costa and P&O.) 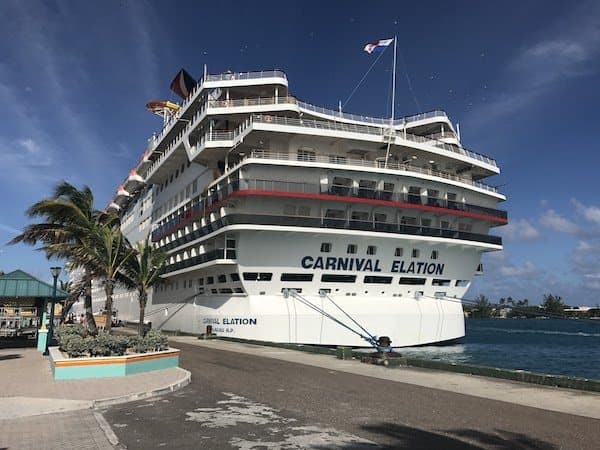 Carnival Elation docked in Nassau in 2017.

But in looking at the history of the Fantasy class ships, we can see not only the evolution of Carnival’s branding and marketing, but also the wants and needs of the cruising public. Because like any successful brand, Carnival has learned the importance of keeping up with the latest trends while never forgetting what’s made them successful in the past.

Have you sailed on one of the Fantasy class ships? Which is your favorite… and why?

Cruise Honeymoon Registries: Tacky or Not