Carnival Cruise Line has named the godmother of their newest ship, Carnival Vista.  Miss USA Deshauna Barber, who made history this year when she because the first woman serving in the US military to win Miss USA, has received the special honor.

Barber will officially name the 135,500 ton vessel during an onboard ceremony that’s part of an overnight gala event honoring Operation Homefront, and featuring a concert by country music star Carrie Underwood.  The festivities will also include overnight accommodations, meals, activities, and entertainment for hundreds of military families.

The daughter of a retired Army master sergeant who was a member of the Special Forces, Barber joined the Army Reserve as a quartermaster officer in 2011.  She earned her bachelors in business management from Virginia State University, and went on to finish her masters in computer information systems from the University of Maryland University College.  She is currently the logistics commander for the 988th Quartermaster Detachment Unit in Rockville, Maryland. 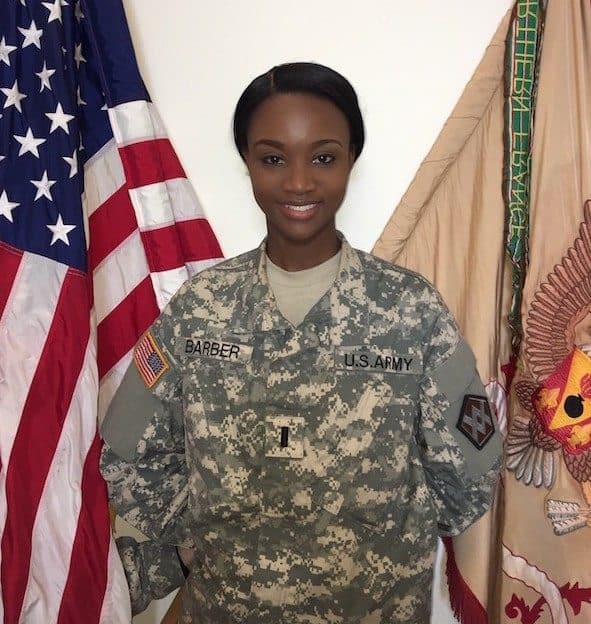 A passionate advocate for the military and gender equality, Barber will focus her efforts on treatment for PTSD for soldiers returning from deployments and suicide prevention throughout the Armed Forces. “It is truly an honor to be named the godmother of Carnival Vista and I’m very excited to represent the US military and be a part of the ship’s official naming ceremony next month,” she said. “I love that Carnival carries more families, including military families, than any other cruise line and I’m looking forward to checking out all of the ship’s many innovative features when I’m on board next month.”

Currently sailing in Europe, Carnival Vista will reposition to the United States in November, operating a pair of 11-day cruises from New York City before launching year-round service to the Caribbean from Miami.