As part of a new multi-ship order announced today by Carnival Corporation & plc, Carnival Cruise Line is scheduled to take delivery of two new 180,000 gross-registered-ton cruise ships in 2020 and 2022.

The agreement represents a return to shipbuilding in Finland for Carnival Cruise Line for the first time in 12 years. The company has 12 ships in its current fleet that were constructed in Finland, including its eight Fantasy-class ships and four Spirit-class ships.

Specific design details and itinerary information for the new ships will be announced at a later time.

In addition to the two new ships announced today, the 133,500-ton Carnival Horizon is under construction in Italy and set to debut in 2018. 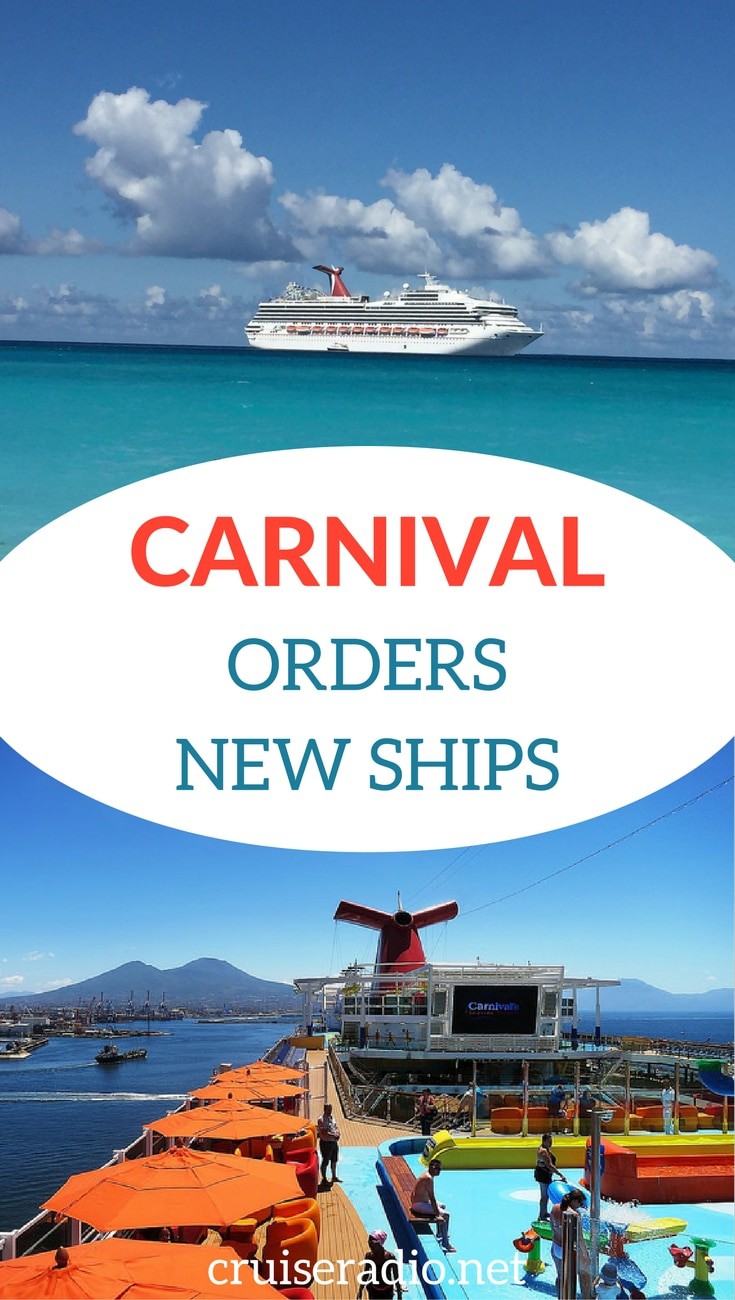 Send this to a friend
Hi, this may be of interest to you: Carnival Cruise Line Orders New Ships. This is the link: https://cruiseradio.net/carnival-orders-new-ships/