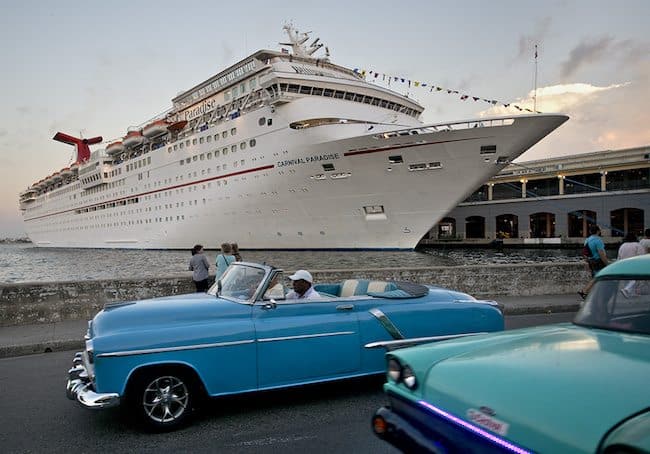 Vintage cars pass the Carnival Paradise while the cruise ship is docked in Havana, Cuba.

The new cruises are aboard Carnival Paradise, and include three 5-day voyages to Havana and Cozumel or Key West, departing February 17, July 2, and September 5, 2018; a 6-day featuring Havana and Grand Cayman departing August 26; and an 8-day with stops in Havana, Grand Cayman, and Cozumel on August 18.  Each voyage includes a day and overnight in Havana, with the 8-day itinerary offering two full days in the Cuban capital.

Earlier this year, Carnival announced a series of four and five-day cruises to Havana, which began in late June.  Guests aboard Paradise can choose from almost 20 shore excursions that showcase Cuba’s culture, beauty, and architectural landmarks.  Aboard the ship there’s newly-added Cuban-themed activities and entertainment.