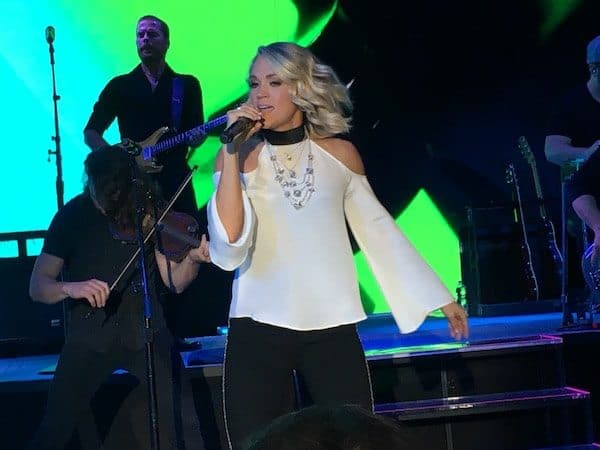 Carnival held an overnight gala today, featuring a concert for Operation Homefront military families by country music superstar Carrie Underwood.  Then, Deshauna Barber, the first woman serving in the military to hold the title of godmother, blessed the ship and officially named it.  Other festivities included overnight accommodations, meals, and activities for hundreds of military families. 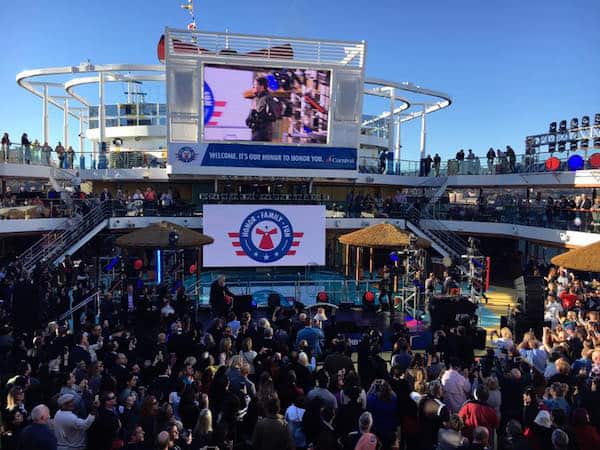 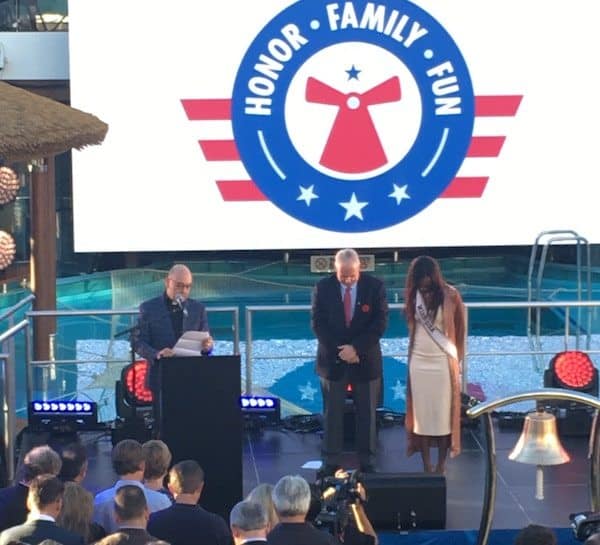 The prayer right before the official naming and blessing of the ship. Deshauna Barber is seen on the right.

The daughter of a retired Army master sergeant, Barber joined the Army Reserve as a quartermaster officer in 2011.  She currently serves as logistics commander for the 988th Quartermaster Detachment Unit in Rockville, Maryland.

“I’m honored to serve as godmother of the brand new Carnival Vista and join a long line of strong, successful women who have fulfilled this time-honored role,” she said. “In addition to serving as godmother, today was extra special as I had the opportunity to meet several Operation Homefront families and hear their stories. It is a day I’ll never forget.”

Today’s events were part of Carnival’s year-long celebration in support of Operation Homefront with their Honor.Family.Fun. initiative.

Some highlights of Carnival’s newest ship include the SkyRide aerial coaster, the ever-popular Guy’s Burger Joint, and the Kaleid-O-Slide waterslide.  Other features include the atrium’s centerpiece called DreamScape, American Rock! stage show, and Punchliner Comedy Club.

To learn more about Carnival Vista, read through our SeaBlogs during one of the ship’s first voyages earlier this year, beginning with Day 1 here. 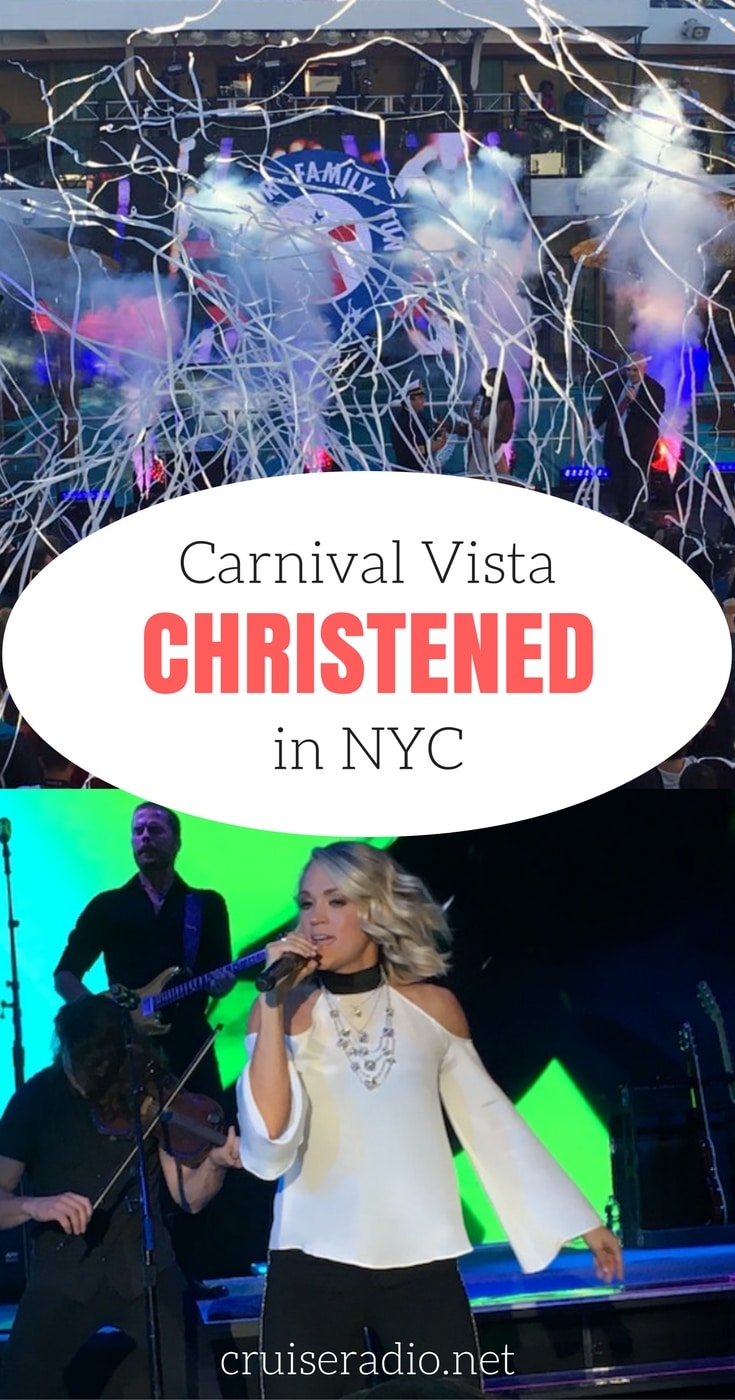