Carnival Vista completed another construction milestone over the weekend when she was floated out of dry dock and moved to wet dock. It’s there where she’ll complete her final preparations before sea trials. 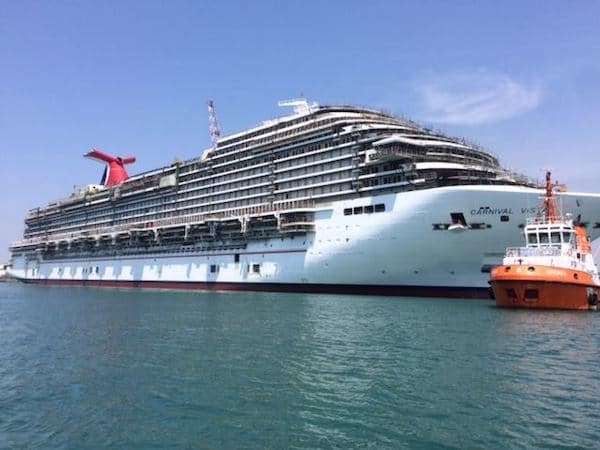 The 133,500-ton Carnival Vista will offer a variety of one-of-a-kind features, including a suspended cycling experience called SkyRide, the line’s first on-board brewery and the first IMAX Theatre on a cruise ship.  Several unique stateroom options, including the new Family Harbor accommodations and the Havana staterooms and suites, will be included as well. 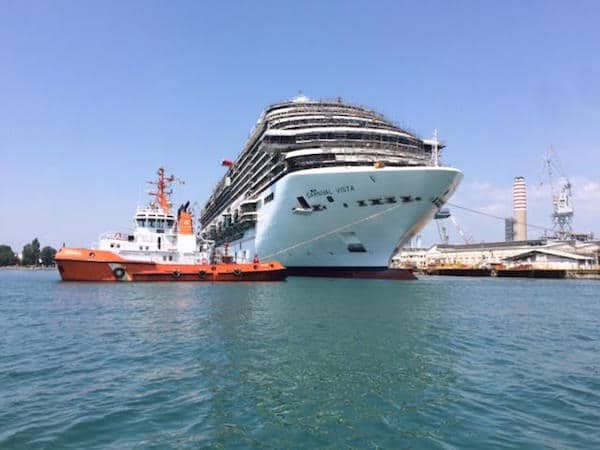 Setting sail in May 2016, the newly christened largest ship in the fleet Carnival Vista also marks a return to Europe for Carnival Cruise Lines after a 3-year absence. Carnival Vista will offer Mediterranean sailings including a first-ever departure from Trieste, Italy. 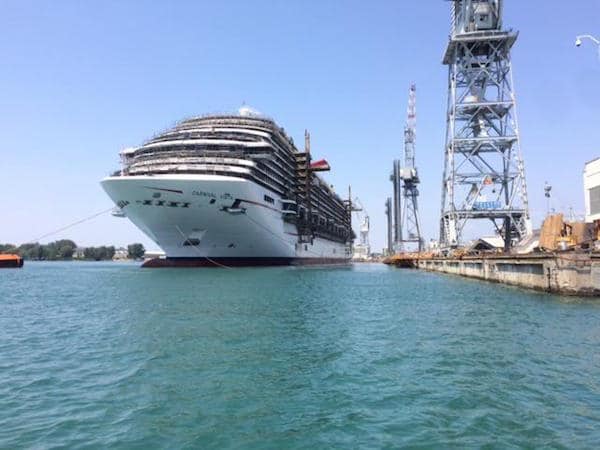 Carnival Vista is scheduled to enter service from Europe May 1, 2016, then reposition to New York for a series of voyages in November 2016 followed by the launch of year-round Caribbean service from Miami later that month.

You can read more on Carnival Vista here.