PortMiami has officially welcomed Carnival Vista into its cruise ship family.  Carnival’s newest and largest ship arrived there Sunday, launching a year-round schedule of six and eight-day cruises to the Caribbean. 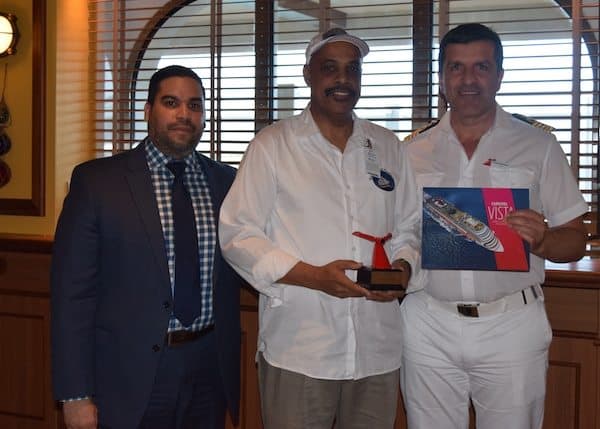 As the line’s newest ship, Carnival Vista breaks out of the box with never-before-seen features, like a suspended open-air cycling experience called SkyRide, the first IMAX theater at sea, the line’s first water tube slide with music and lights called Kaleid-O-Slide, and the RedFrog Pub & Brewery featuring the first brewery on a North American-based cruise ship.

There will also be some one-time voyages, including a 5-day on December 11, and 7-day cruises departing December 17 and 24 that visit Amber Cove in the Dominican Republic, as well as Mahogany Bay, Grand Turk, Belize, San Juan, St. Thomas, and Cozumel, depending on the itinerary.