The visual feast that comes to life in the pages of Celebrity Cruises’ new lifestyle book, Excite the Senses, has inspired a new series of food-and-wine-themed cruises that will offer guests a unique, behind-the-scenes experience and a rare opportunity to get to know the Celebrity culinary team through intimate demonstrations, tastings and dinners. Developed and hosted by the talent behind the cruise line’s award-winning culinary program, Celebrity’s “Excite the Senses Culinary Theme Cruises” will kick off on March 24, 2012, on a seven-night sailing headlined by Celebrity’s Master Chef and Vice President of Culinary Operations, the James Beard Foundation Award-nominated Jacques Van Staden. 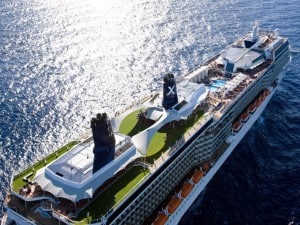 Each cruise will feature an expert from the wine or spirits industry, in addition to Celebrity’s culinary team members. Participating beverage partners, who will offer talks on their products, include representatives from Jack Daniel’s, Jackson Family Wines, St. Francis Vineyards and Marchesi Antinori.