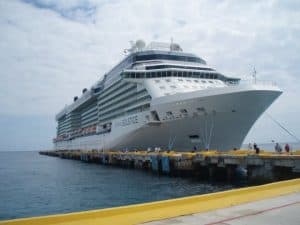 The sleek, 2,850-guest flagship of the Solstice Class fleet, Celebrity Solstice – named “Best Premium Ship” in Travel Weekly’s annual Readers’ Choice Awards  – will become the first of its class to offer vacations in Alaska in the summer of 2013, joining Celebrity Century and Celebrity Millennium.

Preceding the Alaska season will be a 9-night “WestCoast Wine Cruise” from Ensenada, Mexico, to Seattle in May, and roundingout the season will be a 10-night “America’s Cup Wine Cruise” in September,when guests on Celebrity Solstice will have a commanding view ofthe boats participating in the finals of the world-famous sailing racein San Francisco Bay, complete with an overnight stay.