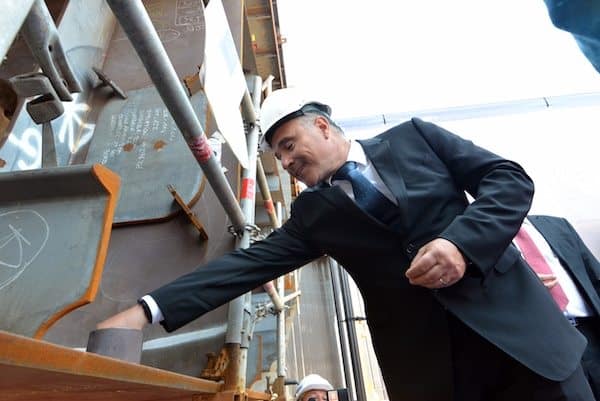 An 875-ton block was lifted and a lucky coin placed in the dock before the block was lowered into position.  With the foundation in place, the vessel’s building blocks can begin to be joined together to create Celebrity’s “ship of the future.” 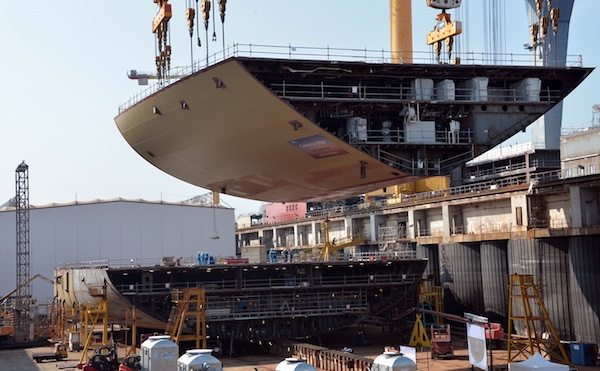 Leaders from both Celebrity and STX France were at the event to celebrate the next stage of the ship’s creation.  Celebrity Edge will homeport in Fort Lauderdale and make her inaugural sailings on December 16, 2018.

Bookings are now open for the ship, and for more information about Edge, click here.