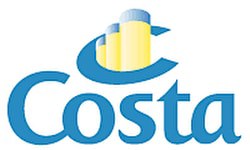 Costa Cruises unveiled new safety measures today that bring real-time tracking of its ships’ routes and will impose limits on the authority of their ships captains.

Noting “new bridge procedures stipulate that the captain isn’t the only one who issues orders,” the Washington Post reports that “Members of his team also take part in making decisions, particularly during special navigation procedures like pulling into port.”

The new measures seek to answer many of the questions that came out of the grounding of Costa Concordia last January.  The ship ran into a reef January 13,2012,  after the captain went off course in an apparent salute to a retired captain, then grounded off the island of Giglio, killing 32 people.

The announcement by Costa occurs on the same day that their newest, biggest ship and largest Italian-flagged ship, Costa Fascinosa goes into service.

As the ship’s name suggests Costa Fascinosa (Italian for “fascinating”) has a theme of “all things that fascinate” including celebrities, movie stars and exotic places synonymous with allure and seduction. The interior design’s central theme was conceived by architect Joseph Farcus and inspired by famous films.

Costa Fascinosa promises public areas that are works of art in themselves, with plush furnishings and superb decoration.

Princess to have cruise ship in San Francisco, year-round