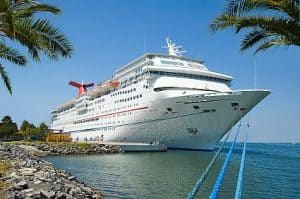 The City of Charleston, the South Carolina State Ports Authority and Carnival Cruise Lines on Monday filed a joint petition asking the South Carolina Supreme Court to rule on and dismiss a lawsuit filed by the Coastal Conservation League and others against Carnival.

The filing explains how the unprecedented lawsuit filed against Carnival, a valued customer of the port, threatens maritime commerce in South Carolina, making it a matter of great public interest that merits the attention of the State’s highest court.

Among other claims, the suit filed against Carnival implies that ships, once docked, become buildings that are subject to local zoning, such as height ordinances.

That could also bar other commercial ships docking in the City, such as those carrying BMWs, power generation equipment, and other products shipped by major employers and industries across the State.

“By casting a pall on the legality of any vessel calling on any port in this State, the lawsuit chills the [Ports Authority’s] ability to recruit, promote and encourage maritime commerce” and fulfill its state mandate, according to the petition for original jurisdiction.

Jobs, contractual commitments and investments all hang on this matter getting resolved quickly.