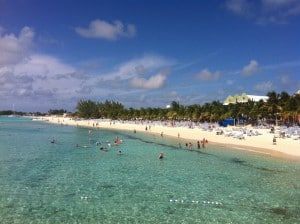 Last month Carnival Cruise and Holland America canceled calls to a Carnival-built pier in Grand Turk because cruise passengers were turning up with norovirus, a gastrointestinal virus, after returning to the ship.

In response, Grand Turk Cruise Center, in full coordination with local public health officials, immediately established a task force to perform extensive tests on all aspects of the operation, including procedures, systems and equipment. The task force was composed of health experts from several cruise lines as well as highly experienced external public health professionals.

The task force and related extensive testing throughout Grand Turk did not conclusively determine that there was a direct link between the reported cases of gastroenteritis and the passengers’ visits to the island.

However, every area of the Grand Turk Cruise Center facility has undergone a thorough and extensive cleaning and sanitization process.