Football fans, MSC Cruises is coming for you! As part of the line’s major push into the northern market, MSC is teaming with the Miami Dolphins in a first-of-it’s-kind partnership that will encompass everything from tailgating parties to a star-studded cruise.

With 11 ships joining their fleet between now and 2026, MSC is set to become a major player and is looking to compete against lines such as Carnival, Norwegian and Royal Caribbean in the North American market. The three-year deal with the Miami Dolphins will give MSC a huge presence that will be darn near impossible for fans of the team to miss. And of course, with the much-buzzed about MSC Seaside set to begin sailing out of Miami this December — not to mention the city’s port undergoing a renovation — the timing couldn’t be more perfect. 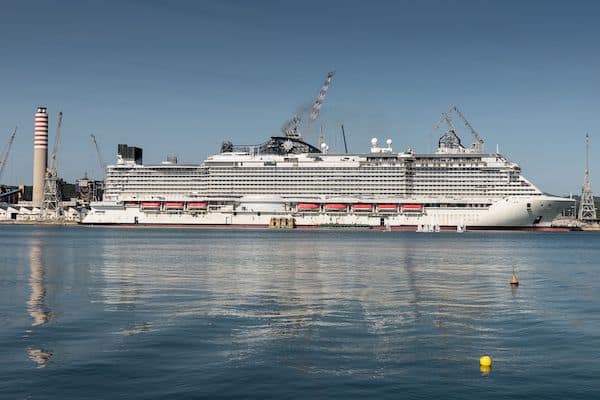 Roberto Fusaro, President of MSC Cruises USA, said the arrival of the Seaside made the decision to team up with the Dolphins — “one of the most loved teams not only by Miami residents but also football fans” around the world — a natural. Todd Kline, the Senior Vice President and Chief Commercial Officer of the Miami Dolphins, added that “this new partnership will bring several fun options for fans to enjoy at Hard Rock Stadium as well as at sea.”

At the team’s home stadium, fans will have the opportunity to get their picture taken with Miami Dolphins cheerleaders or the team’s mascot, T.D., on a huge model of the Seaside’s aft, and the iconic sound of a cruise ship horn will blast as cheerleaders take to the field with MSC flags during the team’s fourth-quarter rally. Cellphone battery running low? Charge up at MSC-sponsored charging stations around the stadium. And if while sailing on the Seaside you hashtag your pics with #MSCSeaside, they just might wound up being shown on the stadium’s big screen!

But the thing we expect will excite Miami Dolphins fans more than anything else about this partnership is the opportunity to sail with past and current members of the team when they set sail on a special Seaside cruise in 2018. (While full details aren’t yet available, we’ll be sure to let you know more once they’re revealed!)

Would you like the chance to hang out with your favorite football players during a cruise? What other teams might you like to see form such a partnership?

Cunard Set to Return to Alaska