Every week we roundup some of the cruise news stories around the net. Find all of our Cruise News stories here.

1. Princess Cruises announced that their upcoming ship for 2017 will be based in Shanghai. The ship will be the first year-round international vessel designed and built specifically for Chinese guests. The ship will share a lot of the similar features of Regal Princess and Royal Princess.

Upcoming Princess ship to be based in China. photo: Princess

2. Royal Caribbean announced that it has entered into an agreement with Meyer Werft in Germany to order a fourth Quantum-class ship for delivery in 2019. The order is contingent upon the completion of customary conditions, including financing.

4. Carnival is offering exclusive Military Discounts through Sunday, May 31st, plus up to $100 onboard credit. They are also extend these savings to two additional cabins. Rates start from $229.

5. Regent Seven Seas Navigator called on Jacksonville with 500 guests in April as the ship was making its way down the U.S. East Coast. This was an extra ship call for Jacksonville, right now they only have one year-round ship, Carnival Fascination, offering four-and five-night Bahamas sailings. 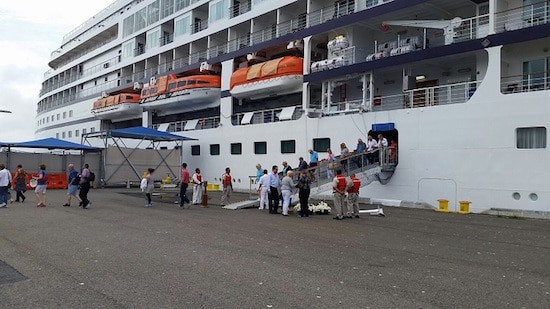 This Week’s Episode was a review of MSC Divina from listener Howard. Listen below.
[smart_track_player url=”https://traffic.libsyn.com/cruiseradioshow/CR_MAY_6_15_MIX_AU.mp3″ title=”MSC Divina Review” artist=”Cruise Radio” ]
Related Topics:
Up Next