When planning a cruise, there are a lot of decisions to be made, from the line and itinerary to the type of stateroom that’s right for you. And one of the biggest is whether to do traditional dining (meaning you eat at the same time and at the same table each night) or anytime dining.

What’s in a name?

While it goes by different names depending on the line, anytime dining basically means that you have the freedom to eat when and where you want without having to make a reservation. That’s not to say you can’t make reservations, only that you won’t need a reservation in order to get a table.

You can learn more about Anytime Dining here.

Typically, those choosing traditional dining are given the option between an early and late seating, with the former generally being somewhere around 6 p.m. and the latter falling around 8 p.m. In both cases, we’re talking about complimentary meals being served in the main dining rooms.

So what are the pros and cons to traditional dining?

Do you tend to prefer traditional or anytime dining… and why? 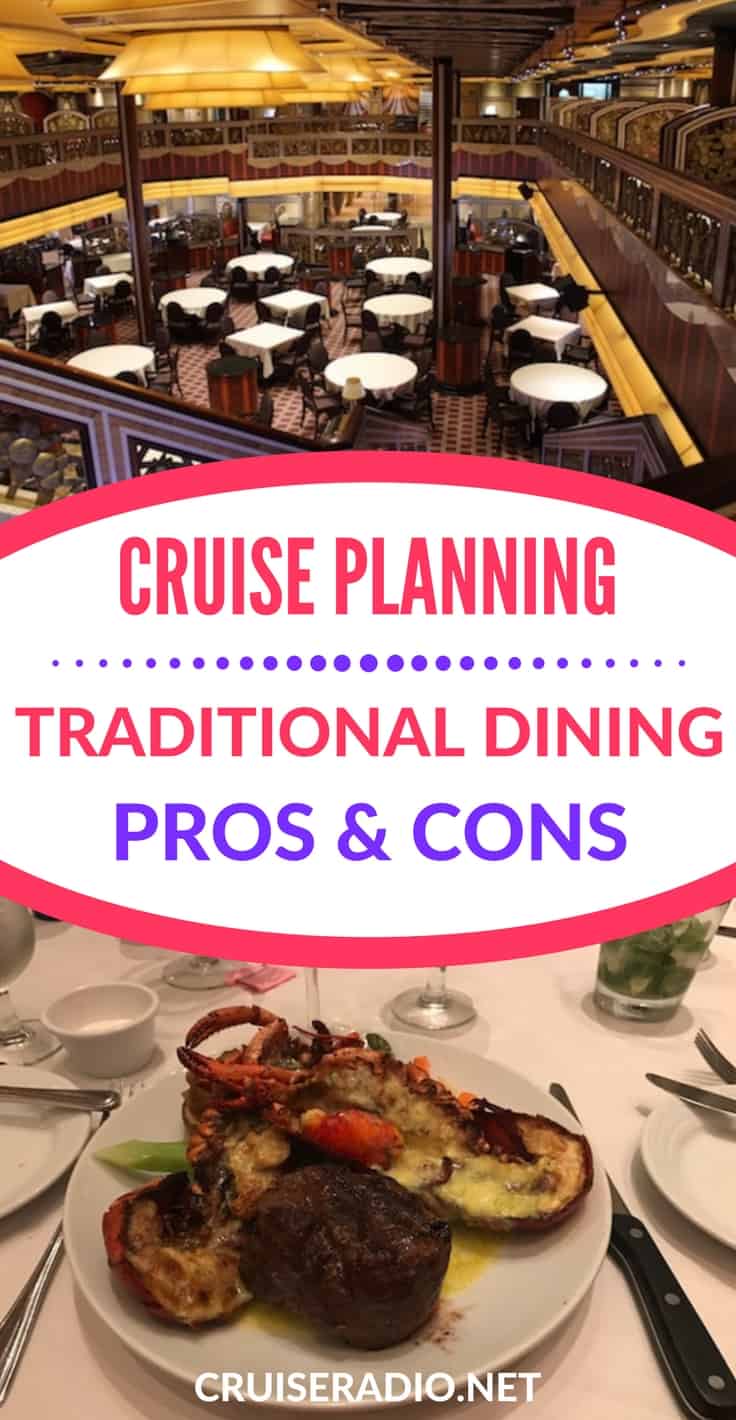