Marilyn Monroe fans – this is for you!

Cunard announced today that select pieces from Marilyn Monroe’s personal collections from the estate of Lee Strasberg will be onboard Queen Mary 2 from August 9-16, 2016.  The cruise line, along with Julien’s Auctions will showcase highlights from David Gainsborough Roberts’ Marilyn Monroe film worn collection.

The items from Strasberg’s estate include a wide variety of things once owned by Monroe, and it represents the biggest collection of personal artifacts from the actress ever offered at auction.

Besides being an actor and director himself, Lee Strasberg is considered the father of method acting in the United States.  Marilyn was close friends with he and his wife, and he ultimately gave all of her personal belongings and clothing to Lee in her will.  The collection is touring the world before the auction in November, and offers film worn costumes from the actress’ career, and personal pieces of jewelry, handbags, letters, and poems. 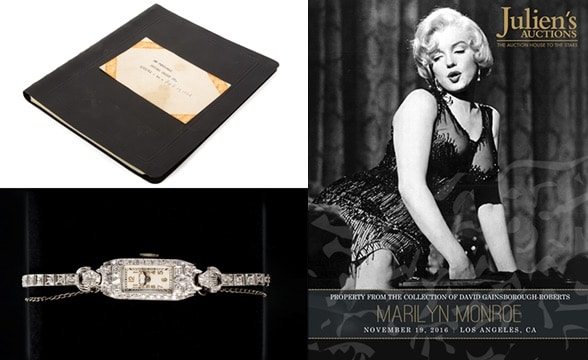 On the seven-night transatlantic crossing from New York, guests will enjoy:

Queen Mary 2 will have just come out of her 25-day dry dock, where the Princess and Queens Grills staterooms and restaurant will have been redesigned, new dining venues and lounges will have been added, and the only kennels at sea will be expanded.