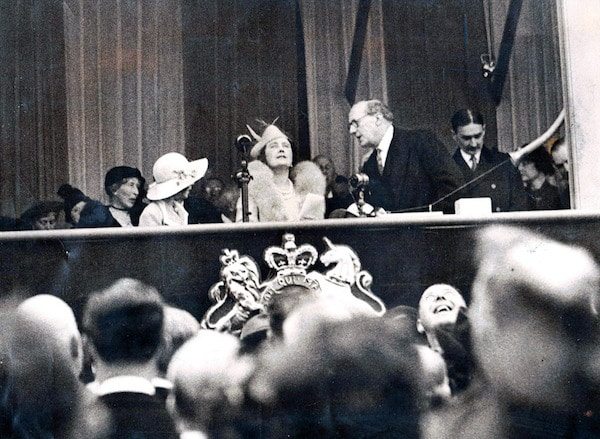 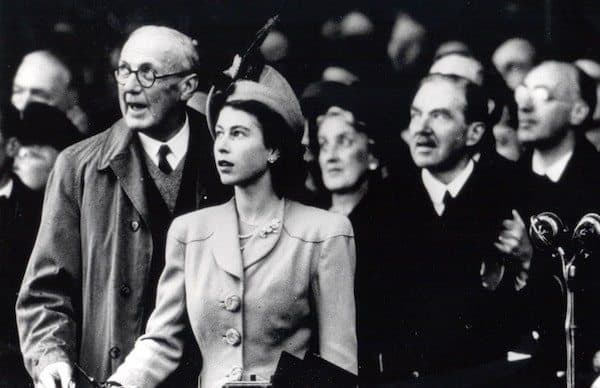 Princess Elizabeth was only 21 in this photo, and performed the launch of the most luxurious cruise ship in the world at that time – Caronia.  This was the last public function the princess undertook in the weeks before her marriage to Lieutenant Philip Mountbatten.  After the launch of the ship, a ration-breaking lunch was served, featuring cream of tomato soup; cold turkey, ham, and tongue; potato croquette potatoes and green peas; and Pear Melba followed by coffee. 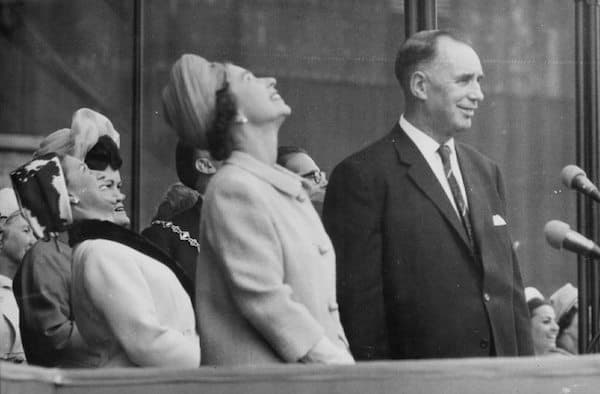 The Queen and Princess Margaret laugh as the QE2 fails to move immediately after the Queen had pressed the launching button, and a man hanging over the bow called out: “Give us a push”.

Her Majesty The Queen saw what would become QE2 when she flew overhead prior to landing at the airport in Glasgow.  Afterward, she was driven to the shipbuilder’s offices and met by Admiral Sir Angus Cunninghame Graham, Lord Lieutenant of Dunbartonshire.  He presented Sir Basil Smallpeice and Lord Aberconway to the Queen.  After a luncheon party, the Queen rode to the launching berth where she and the Duke took 20 minutes to inspect the launching arrangements. 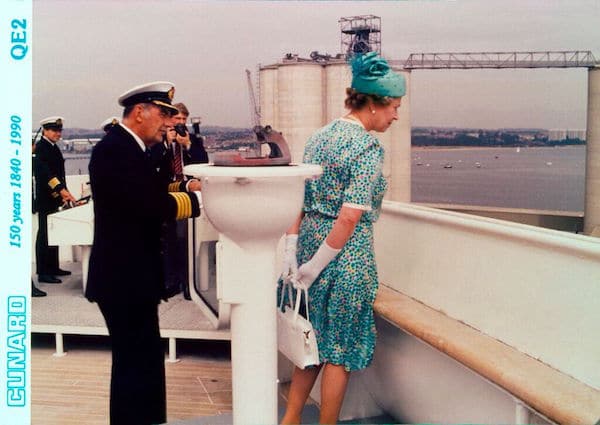 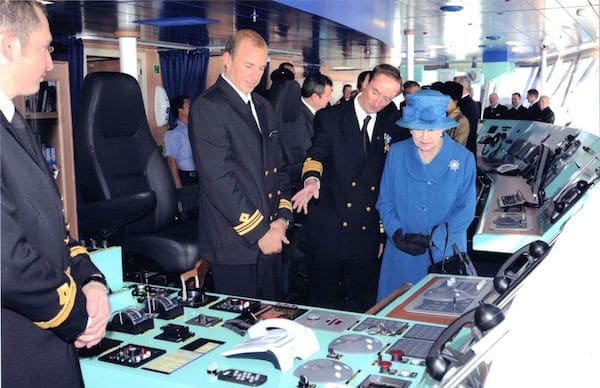 Fathom Sailing to Cuba May 1