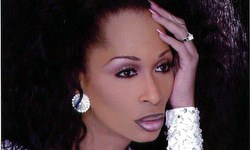 The Disco Queens on the High Seas Cruise sets sail from Port Canaveral on Royal Caribbean’s Freedom of the Seas for 7 nights in September.  But this is not your run-of-the-mill disco drag queen cruise.  On board will be celebrity drag queens who will host and judge the very first Miss High Seas 2012 Drag Pageant for six lucky contestants.

Events taking place for this private group cruise also include a “Broadway on the Seas” Show with 2 performances from each of the special guests, a Disco Party (guests are encouraged to come dressed in their best “Disco” outfit), a Celebrity Impersonator Show and 2-hour open bar nightly.

“While on board, we will have entertainment every night with our own guest star drag queens,” Angela Dedomenico of Music In M’Ocean told us.

Big names in the world of drag queens including Darcel Steven, Ginger Minj, Chantel Reshae and Aysia Black will be on board hosting events.

Ports of call on the September 16, 2012  sailing of Freedom of the Seas include Falmouth Jamaica, Grand Cayman, Cozumel and Royal Caribbean’s private destination at Labadee, Haiti.