The “ship” has been christened “Magic Meets the Sea,” and is inspired by the style of the line’s newest upcoming ship, Disney Wish, which is set to debut next summer. 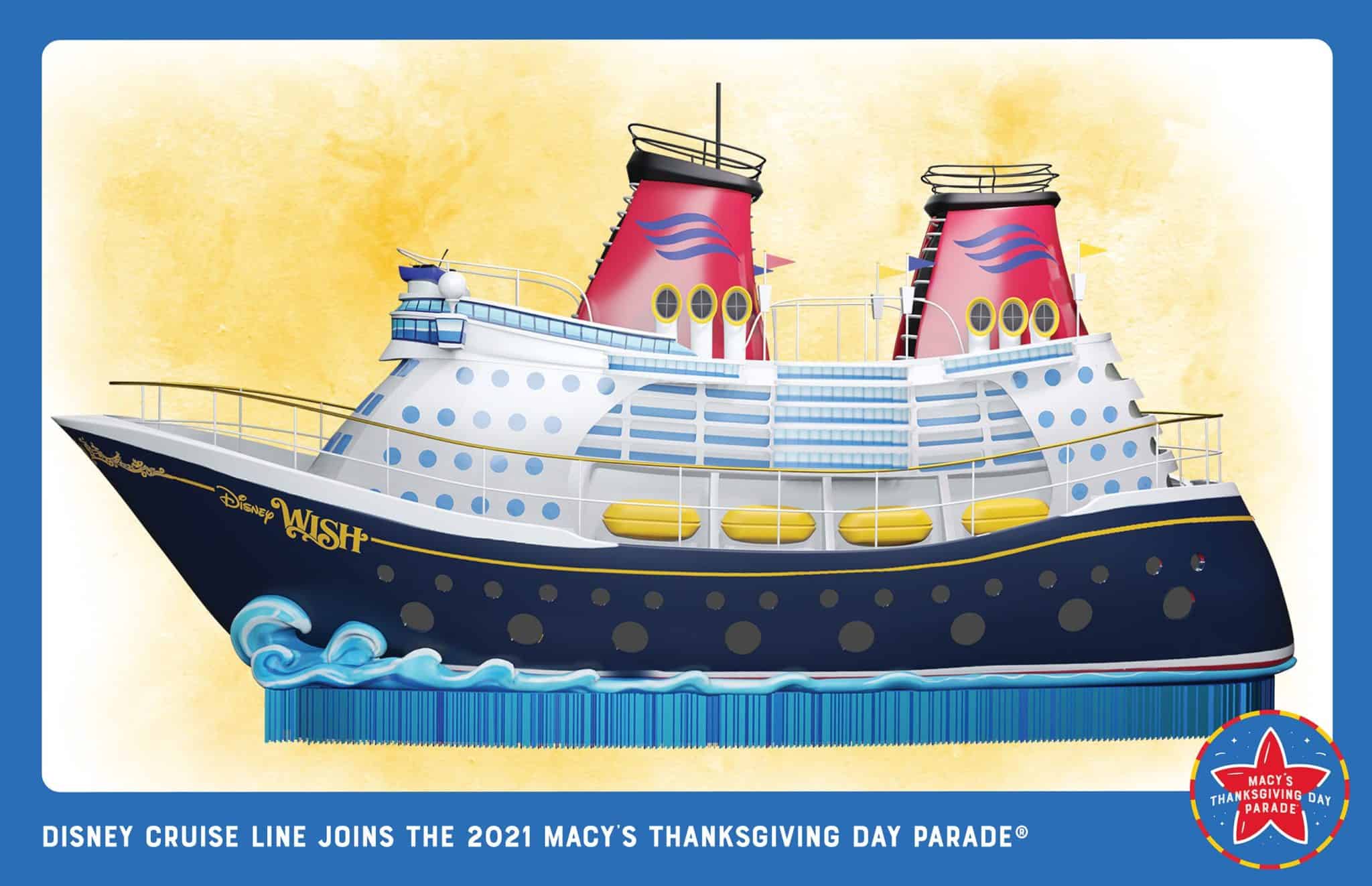 “The Macy’s Thanksgiving Day Parade is a treasured tradition at the heart of family holiday celebrations,” said Sharon Siskie, senior vice president and general manager, Disney Cruise Line. “We are honored to collaborate with Macy’s for this renowned event and build upon the shared legacy of creating magical memories year after year. Just like the Disney Wish, our float will be a celebration of enchanting Disney storytelling, beloved characters and wishes come true.”

During its inaugural parade voyage, the float will carry 15 favorite Disney friends who represent the stories and experiences on Disney Wish, including Captain Minnie Mouse, who adorns the ship’s bow; Princess Tiana, who cooks up the power of imagination in an all-new interactive adventure aboard the ship; Aladdin and Jasmine, whose story has been reimagined into a Broadway-style stage show on the ship; and Cinderella, whose bronze statue will grace the fairytale-inspired Grand Hall. The float will feature iconic Disney Cruise Line design elements, including a Mickey Mouse-inspired color palette, red funnels, and an intricate filigree motif along the hull.

“The entire Macy’s Parade team is thrilled to welcome Disney Cruise Line to this year’s outstanding Parade lineup,” said Jordan Dabby, producer of Macy’s Thanksgiving Day Parade. “This magical float will enchant an audience of millions in New York City, and nationwide on television with Disney’s signature brand of imagination and innovation.”

READ NEXT: Disney Wish to Feature a Moana-Inspired Suite in the Funnel

Cruise Line Sails From Port Everglades For The First Time

Send this to a friend
Hi, this may be of interest to you: Disney to Debut 'Wish' Themed Thanksgiving Day Parade Float. This is the link: https://cruiseradio.net/disney-wish-themed-thanksgiving-parade-float/