There’s less than 50 days to go before Anthem of the Seas arrives into the New York harbor to its homeport of Cape Liberty in Bayonne on November 10th.  When it arrives, it will bring along a familiar cast of DreamWorks characters such as Po, Shrek, Alex the Lion, and more.

Guests on Anthem will be able to enjoy activities and based on DreamWorks’ feature film characters such as character breakfasts, meet and greets complete with photo ops, DreamWorks movies in staterooms and the theater, and more. 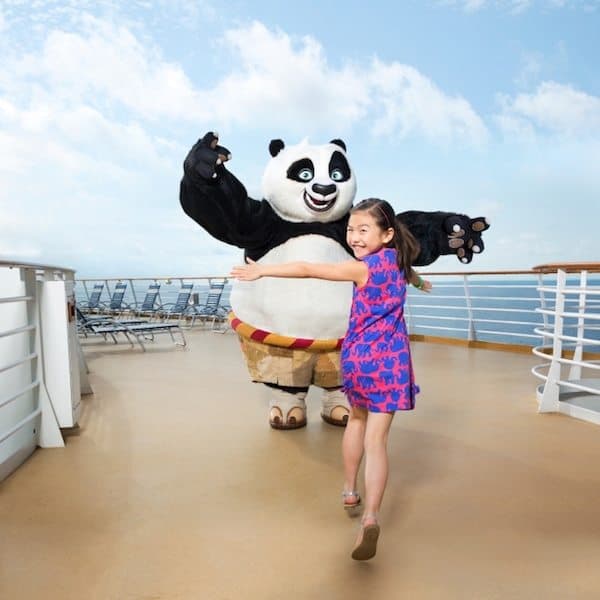 Kids in the Adventure Ocean youth program will also have exciting activities, games, and other adventures based on DreamWorks films and their casts of lovable characters.

In addition to The DreamWorks Experience, Anthem of the Seas will offer entertainment such as shows featuring Vistarama, complex video projections on floor to ceiling windows spanning 270 degrees.  The ship will also host a troupe of 6 Roboscreens which soar, twist, and spin together to create a one-of-a-kind visual and multimedia show.  The Royal Theater will have two headlining shows as well, the musical “We Will Rock You” and an original production called “The Gift.”