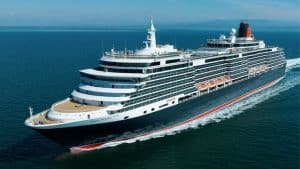 Cunard Line has renewed its commitment to the joy of dressing up aboard “The Most Famous Ocean Liners in the World” with an update to its dress codes, while at the same time encouraging the loosening of ties on its less formal nights.

Research with existing passengers and luxury travellers generally has led Cunard to strengthen the Line’s commitment to special occasion dressing three times a week on its Transatlantic Crossings and twice each week on sailings to the Mediterranean, Scandinavia and beyond.

However, in response to growing travel trends, Cunard is adjusting its advice on dress codes for other nights.  The result:  along with two or three formal nights each week, there will be four or five “informal” evenings where jackets are required but ties will now become optional, heightening the sense of anticipation for formal nights even more.

Passengers opting out of evening wear on formal nights will be welcome in the ships’ main buffet restaurants and in the adjoining Winter Garden or Garden Lounge bars, but not in other areas of the ship, out of respect for their fellow guests.

By day, smart casual remains the style of choice among Cunard’s passengers, as in a five-star hotel ashore.

This change from the previous evening dress codes of “formal,” “semi-formal” and “elegant casual” to just “formal” and “informal” will take effect before flagship Queen Mary 2, Queen Elizabeth and Queen Victoria set out on their main sailing seasons in April / May 2013.

All future passengers are being advised of the adjustment in good time before departure.