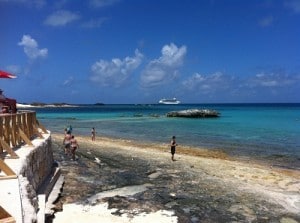 The Eastern Caribbean itinerary provides an appropriate introduction to the entire region because it embodies what cruise travelers expect of choice destinations and provides non-intrusive signposts to what awaits next. In general, the Eastern route is a mature tourist destination, so accommodation, entertainment and retail infrastructures are highly developed. Because ports are closer to each other and the islands are much smaller, cruising on this side of the Lesser Antilles affords first-time travelers endless off-cruise, on-shore adventures on the following stopovers:

Like any proper introduction, the Eastern Caribbean route does give away all of its secrets at once. As travelers get to know the area better, they will be endlessly surprised that there are no two cruise vacations alike.