The sunrise in Bar Harbor, Maine was one of the most amazing sunrises I’ve ever seen in my life! I woke up a little late today so I didn’t get to grab breakfast or head to the lido deck for breakfast. 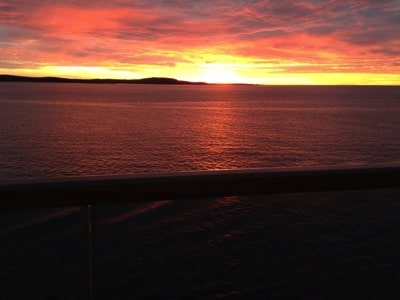 I was really looking forward to Bar Harbor because I’ve heard so much about it and of course the lobster. Delish! A few excursions were canceled because our government was still shut down. In fact, a couple of cruise ships didn’t call into Bar Harbor all together because of it. Acadia National Forest is the main reason people come to Bar Harbor.

My excursion was the Lighthouses of Bar Harbor by sea. Since BH is a tender port we had to meet in the show lounge and take the excursion together into the boat. Tender ports aren’t my favorite ports because I have such a small attention span. It took about 20 minute to get to the boat that took us about. I’d say there were probably about 100 guests on board from three different ships in harbor. The tour lasted about three hours and was insightful. 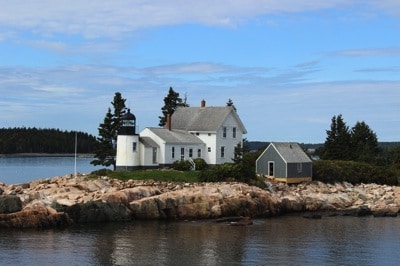 After the tour I went to West End Café on West Street and got a lobster roll, chowder and blueberry pie. It wasn’t a bad price for everything that was included. $20.95. They had cheaper places in the area but all the research I’ve done said that this place was the best place to go. Walking around Bar Harbor I stopped and talked to a few business owners. The government is saying that only 800,000 jobs are affected from the shutdown but after talking to some of the business owners in BH, it’s a lot more than that.

Dinner tonight was in Canaletto, the Italian venue on board. Turns out they don’t have chicken or veal on the menu, but if you ask them a day before they’ll make it happen. Good to know for next time.  Canaletto is set in an area of the lido deck but has a personality of its own. It would be considered one of the ship’s specialty restaurants. You may think it’s eating with everyone else in the lido but not at all. It has its own vibe. I had a lot of garlic bread, antipasti, minestrone soup, spaghetti and meatballs, skipped dessert. They had an awesome selection of desserts though, the trio of tiramisu looked amazing (below)zzzzzzzz. The photos show it all. 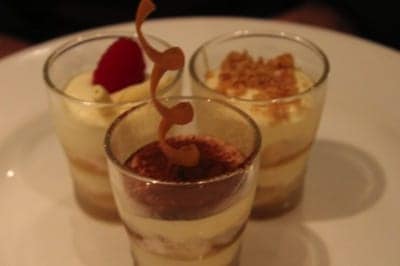 Here’s a photo of our ship anchored in Bar Harbor. 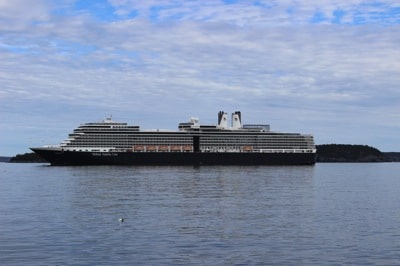 I’m calling it an early night tonight because we stop in Halifax tomorrow and we are there from 9-5.