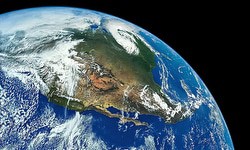 On-board environmental impact programs on most major cruise lines seem to be happening more and more.  Not long ago, we told you about  Norwegian Cruise Line enabling guests offset their carbon footprints by voluntarily contributing $10 per person to help build new renewable energy facilities across the United States.  But eco-friendly initiatives run much deeper than just that one program on one cruise line.

“Across our fleet, we have implemented many of the most innovative environmental policies and technologies in the cruise industry,” said Kevin Sheehan, Norwegian’s chief executive officer.

Like other major lines, Norwegian has committed to the protection of the oceans through sustainable environmental practices, investments in technology and a commitment to exceed regulatory requirements.   Improvements in the way they handle solid waste,  black and gray waste water and used cooking oil add to an ongoing program that has taught 473.000 children and youth passengers (2-17) to become better stewards of the environment through the “Officer Snook” education program.

Other lines too are making an impact too. Princess Cruises, the company that pioneered the use of shore power to reduce air emissions, was recently honored by the Port of San Francisco with its annual Cruise Ship Environmental Award.

“We’re gratified that our environmental efforts are being recognized in San Francisco again, especially since we’ve been able to utilize our shore power technology at the port’s new facility,” said Jan Swartz, Princess Cruises executive vice president.  “We’re committed to doing our part to help ensure that pristine and beautiful ports like San Francisco stay that way.”

Those efforts at sea on ships are mirrored on land by ports too, doubling the focus on being good stewards of the environment.

The Port of San Diego‘s new $28 million Port Pavilion is providing green shore-side power to cruise ships. Not very many of them since most lines redeployed their floating assets to more profitable waters but a few. The new facility serves as an auxiliary terminal to the Port’s main B Street Cruise Ship Terminal and is also available for public events when cruise ships are not in port.

Cruise lines, once burdened with a bad reputation for dumping waste at sea and polluting the oceans, have moved well past that and now often exceed even stricter government regulations, a good sign that they are in it for the long-run.

Chris Owen is a travel writer from Orlando Florida charged with sharing frank, inside information on cruise vacations with travelers. Certified a Master Cruise Counselor by the Cruise Lines International Association, Chris can be found via the popular travel blog, ChrisCruises.net and on the long-running cruise information website, YourCruiseDream.com.
Photo Credit: NASA’s Marshall Space Flight Center via Compfight

Travel Insurance: Not something to gamble with