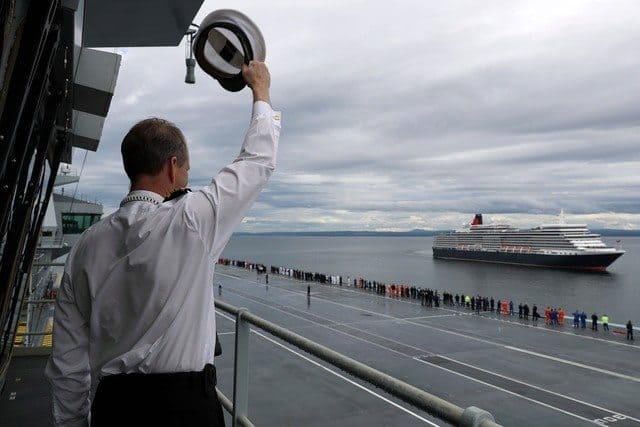 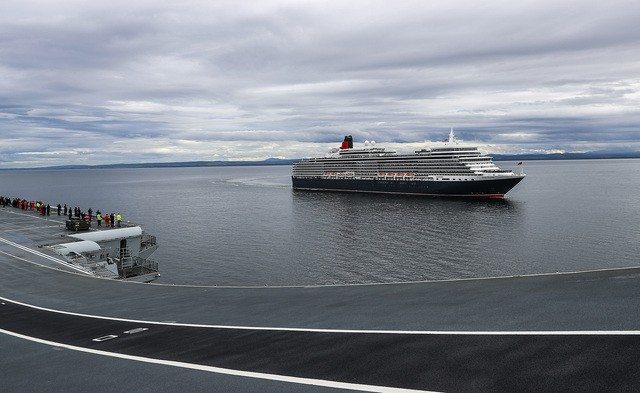 Cunard’s ocean liner Queen Elizabeth met HMS Queen Elizabeth for the first time on Thursday off the coast of Scotland.  The two ships, which were both christened by The Queen, met in the Moray Firth during Queen Elizabeth‘s 13-night tour of the British Isles.