When Holland America Line’s ms Statendam and ms Veendam sail to Mexico, Hawaii and French Polynesia for the 2013-14 season, newly expanded itineraries will feature extended port stays, overnight calls and visits to some of the most picturesque locations in the world. With convenient roundtrip San Diego, Calif., departures, guests will be able to embark and disembark in the United States while traveling to exotic destinations that usually require an international flight.

The seven- and 12-day cruises to Mexico depart in November and December 2013 and March 2014, while the 17- to 35-day Circle Hawaii, Tahiti and Marquesas itineraries set sail in October 2013 and February and April 2014.

Mexican Riviera in a Week

In November and December 2013 and March 2014, ms Veendam will sail a total of six seven-day itineraries to the Mexican Riviera. The roundtrip San Diego cruises call at Mazatlan, Cabo San Lucas and Puerto Vallarta, Mexico, as well as scenic cruising along Bahia Magdalena — a bay that is noted for the seasonal migration of California gray whales. Departure dates are Nov. 9 and Dec. 21 and 28, 2013 (two holiday sailings), and March 9, 16 and 23, 2014. 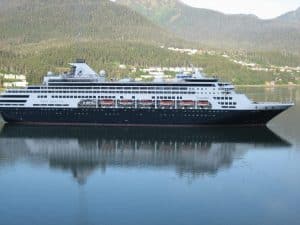 Sailing a longer roundtrip San Diego itinerary to the Mexican Riviera, ms Statendam departs Dec. 4, 2013, on a 12-day voyage that calls at Cabo San Lucas, Pichilingue (La Paz), Loreto, Guaymas, Topolobampo and Puerto Vallarta, Mexico. Guests will get extra time ashore in Puerto Vallarta during an overnight call where they can indulge in local cuisine, learn more about the country’s history or check out the nightlife ashore. This departure also includes scenic cruising in Bahia Magdalena.

Circle Hawaii Voyages of 17 and 18 Days

Between Mexican Riviera cruises, ms Veendam sets sail for the beautiful islands of Hawaii on four roundtrip San Diego itineraries that explore the natural beauty of the Aloha State and add another port call for next season: Kona. These longer sailings offer a leisurely pace that combines exciting ports with plenty of sea days to enjoy the amenities found onboard. The 17-day itinerary departs Nov. 16, 2013, and Jan. 4, 2014, and calls at Hilo, Honolulu, Nawiliwili, Lahaina and Kona, Hawaii. The 18-day cruises depart Dec. 3, 2013, and Jan. 21, 2014, and add an overnight at Honolulu.

Guests looking for an exotic adventure can set sail on ms Statendam’s 2013 and 2014 Circle Hawaii, Tahiti and Marquesas itineraries. Ranging in length from 29 to 35 days, these three longer voyages sail roundtrip San Diego to the Hawaiian Islands and the stunning island jewels of French Polynesia.

The 2013 sailing departs San Diego Oct. 4 and Dec. 16 for a special holiday journey for a 30-day cruise. Guests looking to embark earlier can join the cruise at San Francisco, Calif., Oct. 2, or Sept. 29 at Vancouver, British Columbia, for 32-day and 35-day sailings, respectively. In 2014, the ship departs San Diego Feb. 14 on a 29-day Valentine’s Day-departing roundtrip itinerary, as well as April 15 on a 29-day roundtrip San Diego cruise or a 33-day itinerary that ends at Vancouver.

After departing San Diego, Statendam sails west and makes four calls at the Hawaiian Islands of Hawaii, Maui and Oahu, including an overnight call at Honolulu and late departure from Lahaina. The ship crosses the equator on the way to French Polynesia where it calls at Bora Bora, Raiatea, Tahiti, Moorea, Rangiroa and Nuku Hiva, the largest of the Marquesas Islands. To ensure that guests have the most in-depth experiences ashore, Holland America Line has allotted extra time with overnight calls at Bora Bora and Tahiti. Statendam crosses the equator once again before arriving back at San Diego.

Celebrity Millennium Out of Service for a Week